The legend of Johnny Cash has been told and retold since the man’s passing in 2003, and so much is often made of his demons over the years.  But as the old folk song goes, “the old account was settled long ago.”  Intrinsic though those troubles are to Cash’s mythos, his devotion to family and God were both just as deeply ingrained.  Whatever may have lurked beneath the surface is largely absent from the 53 joyous songs that make up Bootleg Vol. III: Live Around the World (Columbia/Legacy 88697

END_OF_DOCUMENT_TOKEN_TO_BE_REPLACED 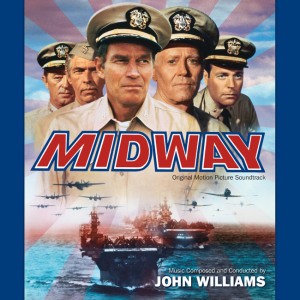 The sleeping giant that is Varese Sarabande's CD Club awoke for the second time yesterday, announcing four killer soundtracks from the film score vaults for your perusal. Chief among the surprises in this week's batch was the announcement of a John Williams score from the Universal Pictures film Midway (1976) - a major coup for fans of the Maestro. A gripping World War II drama starring Charlton Heston, Henry Fonda, Robert Mitchum, Toshiro Mifune and a host of A-list actors, Midway sees

END_OF_DOCUMENT_TOKEN_TO_BE_REPLACED

Ben Folds, The Best Imitation of Myself: A Retrospective (Epic/Legacy) Ben Folds-mania - at least around Second Disc HQ - hits a fever pitch with the first compilation from everyone's favorite piano-playing smartass. You have your single-disc version, the excellent three-disc version and the digital vault, featuring another 55 tracks at 320 kbps MP3s. (Five of those tracks are yours free when you buy the three-disc set.) (Official site) James Brown, The Singles Vol. 11 (1979-1981) (Hip-o