Welcome to the third and final part of our review series celebrating the release of The Beach Boys’ The SMiLE Sessions.  In Part 1, we revisited the history of the album, and in Part 2, we examined the music and lyrics of Brian Wilson and Van Dyke Parks that created the legend.  In today’s concluding chapter, we explore "the sessions" of The SMiLE Sessions and compare the various releases! What’s the biggest surprise of The SMiLE Sessions? It’s the sound of five young men optimistically

END_OF_DOCUMENT_TOKEN_TO_BE_REPLACED

Review: The Beach Boys, “The Smile Sessions” Part Two: Surf’s Up, At Last

Today sees the first release, after 47 years, of The Beach Boys’ SMiLE.  The Second Disc celebrates this event with a three-part review series dedicated to what was once the greatest lost album of all time.     In Part 1, we looked back at the story of SMiLE.  In today’s Part 2, we explore the most legendary aspect of the album: the music itself, created by Brian Wilson and Van Dyke Parks, as recorded by The Beach Boys. The SMiLE Shop is finally open for business!  It’s only taken some 44

END_OF_DOCUMENT_TOKEN_TO_BE_REPLACED

Review: The Beach Boys, “The Smile Sessions” Part One: What’s Past is Prologue

Tomorrow, November 1, marks the release of The Beach Boys’ SMiLE, the most legendary lost album of all time.  In recognition of this landmark, The Second Disc is launching a three-part series looking at the SMiLE mythos, including a review of the various editions of The SMiLE Sessions.  Before we begin to explore these collections, however, we’d like to offer a bit of perspective and back story on SMiLE: what was, what is, and what might have been.  Welcome to Part One: What’s Past is

END_OF_DOCUMENT_TOKEN_TO_BE_REPLACED

Short Takes: Beatles May Finally “Let It Be” on DVD, Big Country Goes Back to “The Crossing”

Could a release of Let It Be, The Beatles' harrowing 1970 documentary/epitaph, finally be happening? Director Michael Lindsay-Hogg says so. In an interview with WNYC-FM, Lindsay-Hogg discussed the film, saying, "we have been been working on it pretty much every year for the last couple of years. And the plan is, at the moment, to have it come out, I think, in 2013." A premiere release of the DVD, featuring outtakes and additional footage highlighting the making of the film, would follow a

END_OF_DOCUMENT_TOKEN_TO_BE_REPLACED

Listen To The Music: Doobie Brothers Catalogue Expanded In The U.K.

Are you ready to listen to the music? If you are, you're in for quite a treat.  The U.K.'s Edsel label has just launched a series of expanded Doobie Brothers remasters, encompassing the band's first eight studio albums (1971-1978) as four 2-CD packages.  Doobie Brothers/Toulouse Street and The Captain and Me/What Once Were Vices were just released this past Monday, while Stampede/Takin' It to the Streets and Livin' On The Fault Line/Minute by Minute follow on September 26.  These eight albums

END_OF_DOCUMENT_TOKEN_TO_BE_REPLACED

First Quadrophenia, now Aqualung!  Yes, in advance of an official announcement, remix producer Steven Wilson has spilled the beans on an upcoming deluxe reissue of Jethro Tull’s Aqualung!  (Big thanks to our friends at MusicTAP for passing the news on!)  The British band’s fourth album, Aqualung remains Jethro Tull’s all-time biggest seller, not to mention one of the most beloved rock albums of all time.  It’s tentatively scheduled for September release from struggling juggernaut EMI, and like

END_OF_DOCUMENT_TOKEN_TO_BE_REPLACED

When they took the stage at Largo, Maryland’s Capital Centre in June, 1975, nostalgia was foremost on the minds of the members of Chicago.  Early in the set so immaculately preserved by Rhino on the new Live in ’75 (Rhino Handmade RHM2 526436, 2011), comments are made from the stage with a great deal of surprise: “[Here’s] another blast from the past!”  “Nostalgia is in nowadays.”  “We would like to be nostalgic.”  Would the Robert Lamm, Walter Parazaider, Lee Loughnane and James Pankow of 1975

END_OF_DOCUMENT_TOKEN_TO_BE_REPLACED

UPDATE 4/11: The link just before the jump takes you directly to the order page for this set. Original post: Billboard has certified them as the second-most successful American rock band in music history, only following The Beach Boys. The RIAA places them handily in the Top Ten of all-time album sales from an American group. So it's fair to say that Chicago is still perhaps the most successful American rock band to have been wholly ignored by the Rock and Roll Hall of Fame. The band has

END_OF_DOCUMENT_TOKEN_TO_BE_REPLACED 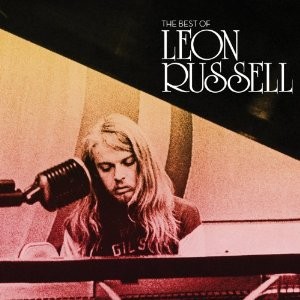 There wasn't a dry eye in the house when Leon Russell, upon accepting his induction to the Rock and Roll Hall of Fame, thanked Elton John for rescuing him from "a ditch beside the highway of life."  Thanks to the success of The Union, the collaborative album between John and his early idol, Leon Russell's profile has been considerably high of late.  It's been so high, in fact, that one member of the Steve Hoffman Music Forums even queried of the community, "Is Leon Russell getting too much

END_OF_DOCUMENT_TOKEN_TO_BE_REPLACED

It was hard not to worry about Rhino for awhile. Since the new year kicked off, things have been eerily quiet from the venerable label and catalogue arm of Warner Music Group (currently prepping for a major reorganization). Outside of the largesse of the Europe '72 box set from The Grateful Dead and a few soundtrack selections, all was quiet. Now, one of Warner's most enduring catalogue artists looks to be getting another reissue: hot off the presses, Rhino's announced a 40th anniversary

END_OF_DOCUMENT_TOKEN_TO_BE_REPLACED 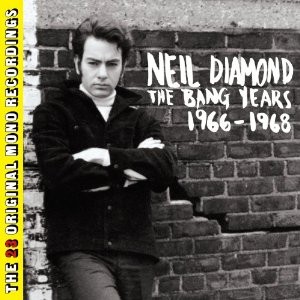 When it comes to Neil Diamond, I'm a believer. There's not a trace of doubt in my mind that Diamond burst onto the scene at the right time - not necessarily the night time, though I, too, thank the lord for it. No, Diamond made a big noise in the corridors of Bang Records in the period between 1966 and 1968, an era when the music business was experiencing change more rapidly than anyone could have predicted. And it was far from predictable that the somber and intense young man pictured on The

END_OF_DOCUMENT_TOKEN_TO_BE_REPLACED 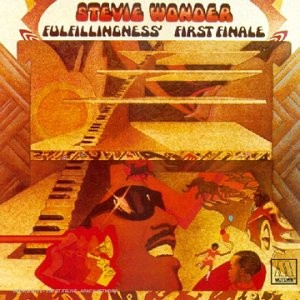 END_OF_DOCUMENT_TOKEN_TO_BE_REPLACED

Review: Bruce Springsteen, “The Promise: The Darkness on the Edge of Town Story”

END_OF_DOCUMENT_TOKEN_TO_BE_REPLACED

There are box sets, and then there are box sets. EMI's hulking, monster of a box dedicated to David Bowie's 1976 Station to Station (EMI BOWSTSD2010) is one such box set. It's even more massive than The John Lennon Signature Box, itself a lavish and large affair containing 11 discs. The multi-disc box celebrating a single album isn't a new concept, although in the past such offerings were largely based upon session material. The format has proliferated in recent times as record labels have

END_OF_DOCUMENT_TOKEN_TO_BE_REPLACED

Few records hold the mystique of the Rolling Stones’ Exile on Main St. Myths have grown and books have been published in an attempt to explain the sprawling album. The story generally goes that 1972 found the band, literally, as tax exiles, seeking refuge across the English Channel in France. A villa in Villefranche-sur-Mer named Nellcote is rented. Music is made. Sex and drugs abound. Somehow in all this debauchery a record is produced, and that record is Exile on Main St. When Universal Music