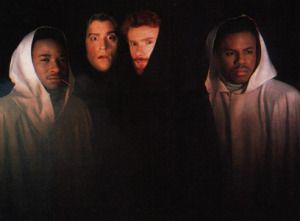 In determining what was going to make up the contents of Prince Week, a great deal of agonizing was endured over where to place Prince’s many side projects. Prince, ever the purple brain trust, developed a lot of side projects over time, particularly during the beginning of his success as a pop artist. The Time, Sheila E. and Vanity 6 are still the best acts he ever squired in the early Paisley Park years, but there were plenty others that deserve a look back someday – and ultimately, the sheer volume of those acts meant that they’d have to wait for another time.

But one act remained worth discussing because it was a project Prince was more explicitly involved in than the others. This project was a different genre with a great group of musicians involved and a heap of Prince-worthy twists and turns throughout the better part of a decade. The band was Madhouse, and the story is after the jump.Prince had shown some interest in more traditional jazz and funk in the late ’80s. Bootlegs will attest to this, but so will the realization that Prince’s audience was very multiracial in the latter part of the decade. For whatever reason, the presence of such fans bothered Prince, and led him to try to make music more in standing with his roots. This is what birthed the infamous Black Album of 1987, as well as the Madhouse project that same year.

Naturally, the first Madhouse LP, 1987’s 8 (so named for the number of compositions present on the album, all of which had ordered numbers for track names), was almost entirely performed by Prince except for the horns (basically the only type of instrument Prince doesn’t play), which were performed by his longtime collaborators Eric Leeds (brother of Prince’s then-manager Alan) and Matt “Atlanta Bliss” Blistan. Oddly enough, Warner Bros. allowed a single, “6,” to be released off this record, and it had its own B-side and remix.

For 16, the second Madhouse LP released later that year, the ensemble was comprised of Prince, Leeds, bassist Levi Seacer, Jr. (later a member of The New Power Generation), keyboardist “Dr.” Matt Fink (the only member of The Revolution still playing with Prince) and drummers John Lewis and Sheila E. That album followed the same formula as its predecessor, with two more singles (“10” and “13”) released. Madhouse also “opened” for Prince on the Lovesexy Tour (the band members were already on the road with Prince in the first place), and would play wearing clothes that resembled a cross between a sheik and a Jedi.

Now here’s where Madhouse gets truly mad: Prince got to work on a third Madhouse LP in 1988, ostensibly titled 24 – but he shelved it when it came time to work on the aborted Rave Unto the Joy Fantastic album (itself spawning the soundtracks to Batman and Graffiti Bridge). But five years later, in 1993, Prince revisited Madhouse with Leeds and the core of his New Power Generation (Seacer on guitar, Sonny Thompson on bass and Michael Bland on drums). Both versions of 24 were different from the existing Madhouse works – they mostly had titles, for one – and the latter version even had some more radio-friendly jams, like the cover of Marvin Gaye’s “(Got 2) Give It Up” with his daughter Nona on lead vocals. Only two of the latter-era Madhouse tracks were ever released in any form; “17” ended up on the hard-to-find 1-800-NEW-FUNK compilation in 1994 and “Space” was reworked for Prince’s “last” album, Come. (An edit of one of the 24 Version 1.0 tracks ended up on Times Squared, Eric Leeds’ debut LP for Paisley Park Records in 1991.)

Not surprisingly, none of these tracks are in print today. Were someone to slap the purple back into Prince’s head and get him to revisit that catalogue of his, a Madhouse box featuring 8, 16 and both 24s would be most a most appreciated reissue. Matter of fact, here’s what it might look like: 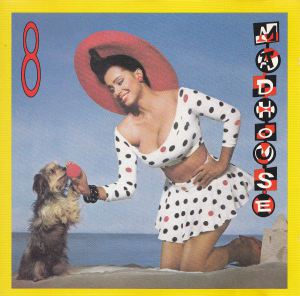 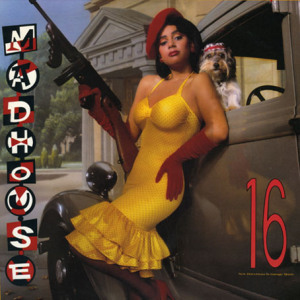 Disc 4: 24 Version 2 (previously unreleased except where noted, intended for release 1993)

Finally, enjoy this rare oddity: a Madhouse visual project known as Hard Life. It’s unclear what the intention of this whole thing was, but…well, at least it’s more cohesive than Graffiti Bridge.