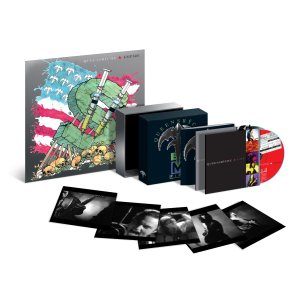 EMI has announced a deluxe edition of Queensrÿche’s Empire for the album’s 20th anniversary. The LP, the band’s most successful in the U.S. thanks to Top 10 hit “Silent Lucidity,” will feature three B-sides (previously included on a remastered edition in 2003) and a bonus disc of unreleased material recorded live at London’s Hammersmith Odeon in 1990.

Like many of EMI’s recent reissues, the set will be packed in a lidded box with some extra collectible cards and posters inside.

This set is to be released September 14. Read the full press release here and hit the jump for the full track list.