REO Speedwagon Will Keep on Loving You 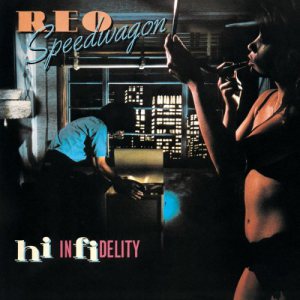 A short note from a Billboard story: REO Speedwagon are looking to commemorate the 30th of Hi Infidelity with a deluxe reissue and tour.

Released at the end of 1980 and one of the biggest sellers of 1981, Hi Infidelity was something of a renaissance for the band, taking them from lower Top 40 success to chart-topping dominance. Aided by a clutch of hits including the undying No. 1 ballad "Keep on Loving You" and the Top 5 follow-up "Take It on the Run," Hi Infidelity went nine times platinum.

Although the record was given a straight remaster in 2000, frontman Kevin Cronin told Billboard that the band recently found old acoustic studio demos from the original sessions and hope to include them in a deluxe reissue. The band is also planning some commemorative performances of the whole LP for their 2011 tour.

Keep it here at The Second Disc for more info as it develops.