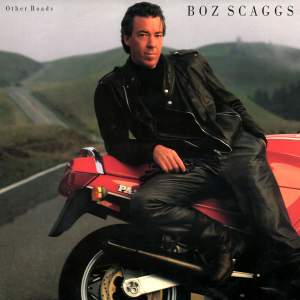 Friday Music has added some more titles to their ongoing series of Boz Scaggs reissues. The label will expand two Columbia LPs from the singer/songwriter/guitarist with remastered sound and packaging.

First, there's Moments, Scaggs' debut for Colubmia which featured production by Glyn Johns and a minor hit with "We Were Always Sweethearts." (Listen for a young Rita Coolidge on backing vocals on the track "Near You"!) This set includes two mono single mixes and a pair of rare EP tracks.

Other Roads saw Scaggs making quite the comeback after eight years away from the industry. Armed with an all-star cast of sidemen (a good chunk of Toto, James Ingram, Siedah Garrett, Timothy B. Schmit, and producers Stewart Levine and Patrick Leonard, each man coming off a respective hot streak with Simply Red and Madonna), Other Roads was an adult-contemporary smash. This reissue includes two non-LP B-sides and a rare remix.

Check out the track lists after the jump and click here to pre-order the sets, due for release on August 31.