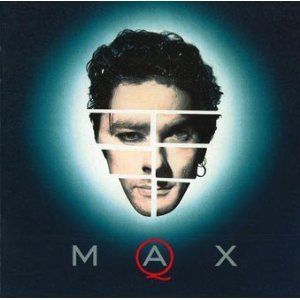 This is an unusual segue for today’s Reissue Theory, so please bear with me: Miss Disc recently lost a family member – one who knew well of my own passion for keeping catalogue music discussion alive. In an odd way, moments like these help put things in perspective; we all slump our shoulders in defeat when a catalogue title is delayed or mishandled, because it sucks. But at the end of the day, all of this – from the labels conceiving and releasing product to sites like The Second Disc or MusicTAP or Slicing Up Eyeballs discussing it – is about the love of music. These songs bind us, strengthen us and heal us in times of trouble. So we dedicate this post – which involves a musician also gone too soon – to anyone who needs strength through whatever life throws our way. May you find what you need – ideally, through a song or two.

Today’s Reissue Theory revisits one of the more interesting side projects in the long history of INXS. Following the success of the worldwide smash Kick (1987), the band took a short break to stretch their legs outside of the confines of the band. Michael Hutchence, the charismatic frontman, made one of the most high-profile but unusual steps in the business: the band known as Max Q. Hutchence could have collaborated with anyone, given his star status, but he made the more interesting decision to collaborate with friends in the Australian music scene. He primarily turned to Ollie Olsen, a prominent Australian musician best known for his work in Aussie alternative and post-punk bands like Whirlywirld, Orchestra of Skin and Bone and NO. Both were supporters of the “little band” scene in Melbourne (a wave of post-punk music that also, in a roundabout way, spun off bands like Dead Can Dance and Hunters & Collectors) and had collaborated on the soundtrack to the film Dogs in Space (1986), a fictional tribute to the scene.

The Max Q project – featuring Hutchence and Olsen backed by local post-punk rockers (including members of Orchestra of Skin and Bone and NO) – was a very different animal from INXS. It was rougher-edged, with surprisingly political lyrics and a bit of a dance-punk sound. (It was pretty well-mixed in its own right by up-and-coming house remixer Todd Terry.) The success of Kick ensured its release on a major label, but despite a positive response from critics, it was not a critical success. (Blame the mixed-up promotion for the record, hampered by a lack of live dates by the band.) While Hutchence and Olsen never collaborated on record after Max Q, fans have determined small sonic nods to the band in subsequent INXS records.

We have discussed the less-than-perfect state of INXS’ catalogue on The Second Disc in the past, but the Max Q LP has actually never been reissued past its original release. It would certainly be a heck of a neat thing for a smaller label to license, and such a release could include all the non-LP remixes commissioned for the two or three singles from the set. Take a look at what could be after the jump.