With most retailers putting out their new releases today to get a jump on the inevitable holiday weekend blitz, here's the big catalogue releases for the week a day early!

A three-DVD set that includes just about any MJ video you could be searching for. Of course, the one unreleased clip just officially hit the Internet, making you wonder what the fuss is all about. Oh wait, it's Michael Jackson. (Official site)

The first domestic compilation by one of the most respected MCs in the game. A deluxe version features five unreleased tracks. The perfect soundtrack to reading his new memoir. (Official site) 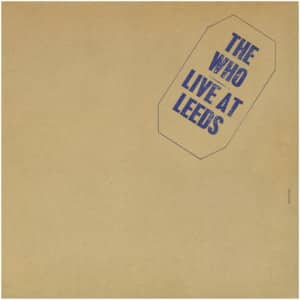 The Who, Live at Leeds: 40th Anniversary Edition (Geffen/UMe)

If you haven't bought Live at Leeds in any of its three previous incarnations, this set adds the complete Hull show in addition to the complete Leeds show and throws in some vinyl and book bonuses. (Amazon) 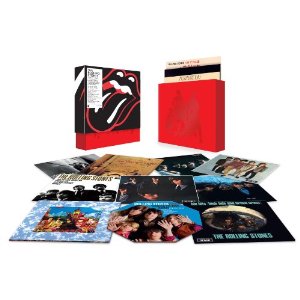 Two hefty boxes of wax collecting all the albums, EPs and compilations The Stones ever committed to tape. (Amazon - 1964-1969)

A thin hits compilation made slightly more worthwhile by the presence of a deluxe edition with a well-stocked DVD of Top of the Pops performances and other live treats. (Official site)

Released from the vault after 20 years, Legacy issues a digital (and limited physical) release of the fourth Mr. Mister LP, alongside digital releases of two other Mr. Mister albums (I Wear the Face (1984) and Go On... (1987)) and two LPs by the pre-Mister group Pages. (Official site)

The Doors, Live in Vancouver (Elektra/Rhino)

A two-disc live set made special by blues legend Albert King sitting in on the set. (Amazon)

A clutch of vintage Jefferson Airplane shows make their CD debuts (the tapes have been previously available for download from Wolfgang's Vault). There's a bit of history here; the first two shows are original singer Signe Toly Anderson's last show with the band and Grace Slick's first. (Collector's Choice)

A double-vinyl remaster of the classic album with the original "banned" cover art. (Ape House Store)

The synthpop group's seminal 1981 debut album, augmented with a bonus disc of demos and a DVD documentary. (Amazon U.K.)

A big name in terms of U.K. dance music in the '80s - she was produced by Stock Aitken Waterman and an early successful discovery of Simon Cowell of American Idol fame - Sinitta's first two albums are expanded in double-disc fashion, bringing all the B-sides and remixes one could ever ask for. (Cherry Pop)