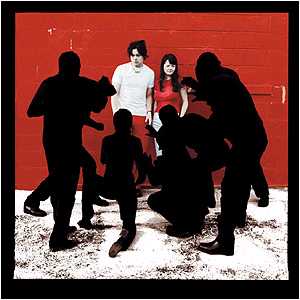 The White Stripes have announced the reissue of their first three LPs on 180-gram vinyl through founder Jack White’s Third Man Records label.

Formed in the late 1990s in Detroit, vocalist/guitarist Jack and drummer Meg White created a unique sound that was forged in the classic traditions of garage rock, punk and blues. Their lo-fi, powerful tunes earned massive critical acclaim in the early 2000s, even as fans and critics sought to find out the truth behind the duo’s unusual relationship. (They constantly claimed to be brother and sister, but were actually married from 1996 to 2000.)

The White Stripes’ first three albums, the self-titled debut in 1999, De Stijl (2000) and White Blood Cells (2001), each out of print for five years, have been remastered from the original analog tapes for these new vinyl editions, and the artwork has been restored from the original photographic prints. MP3 downloads will be included for free with purchase. “These are the versions The White Stripes want people to have for posterity,” the band’s official statement said.

All three versions will be available to purchase on November 30. Those with a collector’s eye might want to hike down to the Third Man Records store in Nashville, which will sell limited red and white-split vinyl editions of each album. (The White Stripes available on November 30, with each subsequent album available the following week. They will also be available in select additional locations to be named soon.)

Reacquaint yourself with the track lists after the jump.