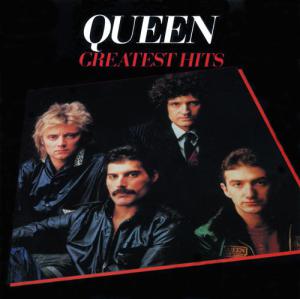 Amazon U.K. is posting order pages for what looks like the first batch of Queen remasters across the pond.

It’s been previously reported that the first four Queen albums would be reissued (and possibly expanded) in England on Queen’s new home, Universal, in celebration of the band’s 40th anniversary. Happily, though, Universal will give fans a taste of what to expect in terms of presentation and mastering with straight reissues of the band’s first two greatest hits packages. Greatest Hits (1981) and Greatest Hits II (1991) succinctly covers the band’s biggest singles and are among the best places to start for a new fan.

Hardcore fans will notice that each disc has slightly redesigned artwork: the cover for Greatest Hits flattens out the band photo (similar to the “We Will Rock You” edition of the album released Stateside a few years back) while the classic crest on Greatest Hits II is redesigned.

Each set will be available on January 3. Hit the jump for order info and to reacquaint yourself with the track lists.