Going Back to "Liverpool" 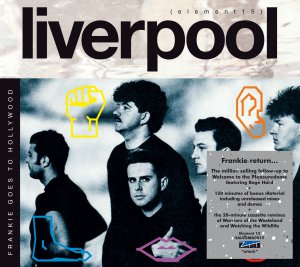 Earlier this year, ZTT's ongoing reissue campaign gave us a 25th anniversary edition of Welcome to the Pleasuredome, the hit LP from U.K. dance-pop act Frankie Goes to Hollywood. Next year, ZTT and Salvo Music are releasing a similarly expanded version of Liverpool, Frankie's follow-up and finale.

By the album's release in late 1986, England was suffering from serious Frankie overexposure. Their singles were everywhere - "Relax," "Two Tribes" and "The Power of Love" had all topped the U.K. charts, and "Welcome to the Pleasuredome" was haughtily promoted as their next No. 1 single. It missed the pole position by one spot, not a failure by most standards but the beginning of the end if ever there was one. Liverpool, recorded all over the world and experimenting with some harder rock and dance sounds, only hit No. 5 in Frankie's native country, with only lead single "Rage Hard" going Top 10. After a 1987 tour, lead singer Holly Johnson split for a solo career, and Frankie said little else.

This latest entry in ZTT's Element Edition series of reissues includes a nice amount of B-sides and outtakes, as well as the debut appearance on CD of the cassette single megamixes of "Warriors of the Wasteland" and "Watching the Wildlife." It's due out February 7 and the track list can be seen after the jump.

Disc 1: Original LP and "The Other Side of Liverpool"