Reissue Theory: The Beatles at Christmas

Welcome to another installment of Reissue Theory, where we reflect on well-known albums of the past and the reissues they could someday see. With one day before Christmas, the discussion turns to a long-lost Yuletide treasure still unreleased on CD – the release of which would be…Fab.

One of the most common complaints about the hype about The Beatles on iTunes was the lack of vault material beyond the Washington, D.C. concert on film. Live at the Hollywood Bowl, any of the U.S. albums – countless ways to package the stuff digitally past what was reissued last year.

Perhaps the most appropriate thing from the vault to reflect on, in the twilight of another Christmas season, are the seven flexi-discs Beatles Fan Club members in the U.K. received each December. The short bits of holiday greetings, skits, jokes and the odd tune from John, Paul, George and Ringo were a nice treat for British fan club members (but not American ones until around 1966 or so), but have never made a full, official, Apple-sanctioned appearance on CD.

That’s not to say they’ve never been released by Apple themselves. In 1970, after the band broke up earlier in the year, the label released a full LP of all the material from the seven original discs (it was called The Beatles Christmas Album in the U.S. and From Then to You in the U.K.). While it’s an official release, it was not a high-quality one, being sourced from the original flexi-discs and not the master tapes. An edit of “Christmas Time is Here Again,” an original from the 1967 disc, was to be included on a 1985 Beatles outtakes compilation called Sessions, but it was scrapped by EMI. (The song appeared as a B-side to the “Free As a Bird” single, one of the “new” tracks from The Beatles Anthology (1995).) Part of the 1963 single was included as bonus content on The Beatles Rock Band video game.

Maybe next Christmas, boys? (Not that they’re impossible to find on the Internet.) Here’s the track list after the jump. 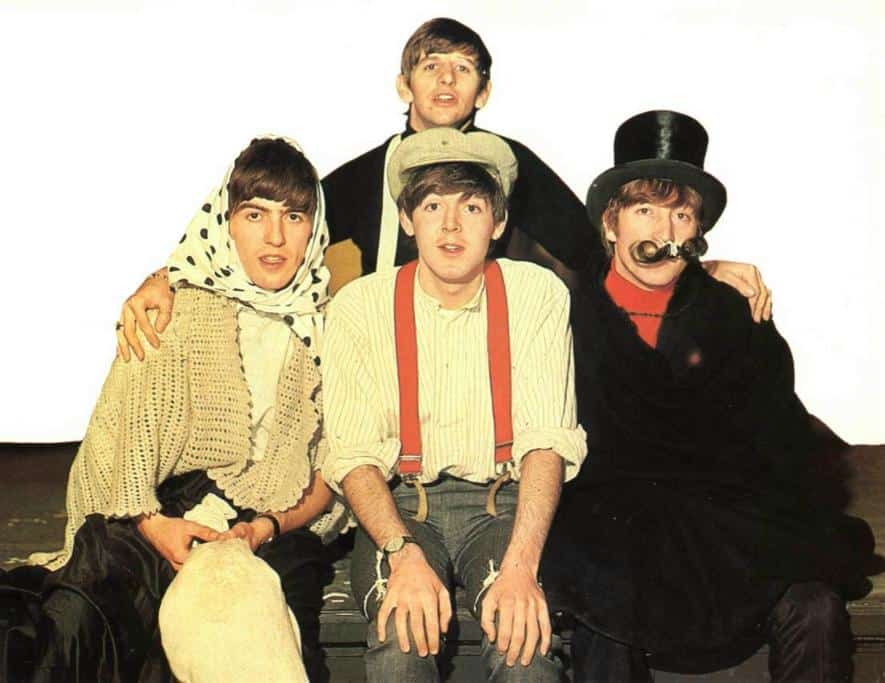