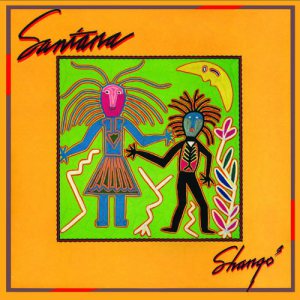 Carlos Santana won the adulation of a new generation with the pop crossover album Supernatural in 1999 - then promptly lost it by making a bunch of increasingly flabby and self-indulgent records. Friday Music takes us to a simpler time - the early 1980s - with three forthcoming Santana remasters.

The Swing of Delight (1980), Zebop! (1981) and Shangó are being remastered and reissued on January 25. (Friday Music lists them as 30th anniversary editions, which is of course only technically true for Zebop!) Though Santana's commercial prominence was not as strong at this point in his career, he was reaching an artistic peak; The Swing of Delight, released as a solo LP under the guitarist's own name (with his then-spiritually adopted first name Devadip), was one of the guitarist's many ventures away from rock and into jazz and fusion. The other two albums were more rock-oriented, and spawned minor hits in "Winning" and "Hold On."

You can order them (along with two other Santana reissues from the label - 1979's Marathon and the LP-only Love Devotion Surrender (1972) with Mahavishnu John McLaughlin) here and read the track lists after the jump.