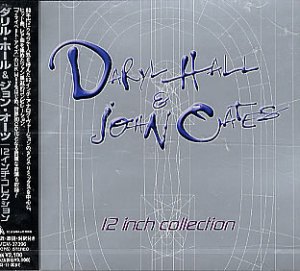 Welcome to another installment of Reissue Theory, here we reflect on well-known albums of the past and the reissues they could someday see. Today’s post might be out of touch, but we remind fans that Sony’s not out of time to release a collection of remixes for one of their greatest acts of the 1980s.

There are so many artists who have a lot of great 12″ mixes that are either out of print on compact disc or entirely unavailable on the format. Oddly, some of the brightest stars of the MTV era suffer from such a condition – Prince and Michael Jackson have had welcome if not thorough compilations of remixes, and Madonna is amazingly still M.I.A. on that front. One other perfect example of a dance-pop artist with a lot of mostly unavailable remixes are Daryl Hall & John Oates – at least, that’s the case depending on what territory you call home.

As Hall & Oates’ stock rose from the early 1970s (where they were a Philly-soul duo with pop leanings on Atlantic Records) to the latter part of the decade and the ’80s (where they jumped to RCA and released increasingly soul-oriented pop/dance music), the label began commissioning extended versions and remixes to earn club play. Beginning with 1980’s Voices and culminating with 1984’s Big Bam Boom, Hall & Oates were a danceable force to be reckoned with, garnering three chart-toppers on Billboard‘s Dance chart (“I Can’t Go for That (No Can Do),” “Say It Isn’t So” and “Out of Touch”). While they still had some hip-shaking hits in the late ’80s, having moved from RCA to Arista, the first half of the decade boasted their best cuts for the dance floor.

In 2004, when BMG reissued most of the RCA albums on CD, they included some of those remixes as bonus tracks. Yet despite a good handful of themed compilations from BMG and later Legacy (which has the luck to have the RCA and Arista albums in their collective catalogue), there’s never been one devoted to those remixes. Granted, H&O fans should rejoice for what is out there, as it’s often made with a lot of love (from 2009’s box set to the rarity-packed Playlist disc) – but a remix collection would be welcome.

At least, it would be welcome on American shores. A year before the BMG reissue campaign, the label’s Japanese Funhouse arm released not one but two Hall & Oates remix collections, spanning all the major A-sides of the ’80s, a few modern-day remixes and both (somewhat rare) sides of the “Jingle Bell Rock” single (each side bearing a different vocal for the song, one by Daryl and one by John). Perhaps one day a similar set will come to light in the U.S.; until then, though, let’s take a look at that set, Reissue Theory-style, after the jump.