A "Perfect Way" to Get Scritti Politti's Hits Coming Soon 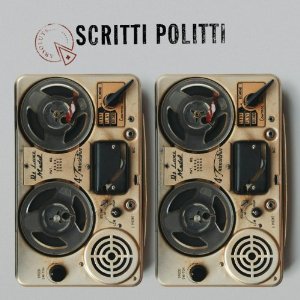 Here's an under-the-radar release for you on this ridiculously snowy day: a new compilation for '80s dance-rock band Scritti Politti from EMI/Virgin.

Founded by singer/songwriter Green Gartsdale in Leeds in the late 1970s, Scritti Politti began as a left-leaning post-punk outfit championed by John Peel and signed to Rough Trade and spent the '80s evolving into a funky, synth-based ensemble. "Wood Beez," "Absolute," "The Word Girl" and "Oh Patti" were some of the band's Top 20 singles in their native U.K., but their biggest hit abroad was the gleaming "Perfect Way," which climbed to No. 11 in America.

Absolute - the band's first career-spanning compilation - includes a handful of single mixes, the rare debut single "Skank Bloc Bologna" (a favorite of Peel's) and two brand-new tracks, "Day Late and a Dollar Short" and "A Place We Both Belong." Amazon U.K. has a pre-order page here, but no release date; EMI's schedule (as seen in the link above) puts its release date as February 28.

View the track list after the jump. (Thanks to our '80s guru Vinny Vero for tipping us off.)