The Name Was Barry 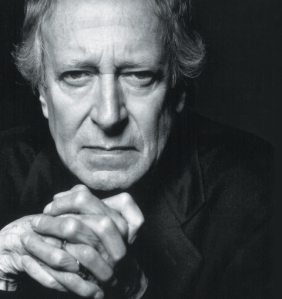 It is with a heavy heart that I pass along to you the news that film composer John Barry died on Sunday. Barry, a five-time Oscar winner, is of course best known for his work on 12 of the 22 James Bond films. Though his authorship of the iconic theme is under dispute even after a U.K. court ruled that it was Dr. No composer Monty Norman’s work alone, Barry is still the name most synonymous with Bond music, and crafted some of the series’ best themes.

The timing of Barry’s passing comes at an unusual time for this author: while entertaining some friends this weekend, a lively discussion of the music of 007 took place. While my friends have diverse musical interests, it’s rare that our tastes truly sync up when it comes to works of a catalogue-oriented nature. So comparing and contrasting our favorite Bond songs and which of the LPs we owned on CD or vinyl is now a particularly treasured memory. The loss of Barry reminds me that our musical heroes should be celebrated whenever and wherever possible; you never know when music helps deepen a bond (no pun intended) that was already pretty strong to begin with, or form a new one entirely.

We may do some sort of feature on Barry’s film musc, but if nothing else, I wanted to say a few words in honor of one of the best film composers of the 20th century, by far. Rest in peace, John Barry.