Welcome (Back) to the Club! Varese Announces New Archival Releases 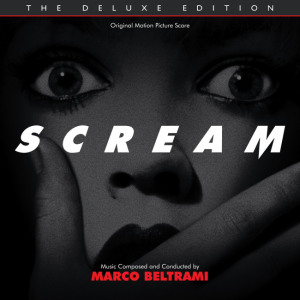 After a lengthy hiatus, Varese Sarabande's CD Club has returned with a new batch of film score reissues, expansions and projects from the vault.

Fans were starting to worry for the sanctity of the limited club releases throughout the year; there hadn't been a batch in six months, an unusual amount of wait time even after a year in which the label did great premieres and expansions of soundtracks from The Goonies, Family Plot, Star Trek (2009), Spartacus and others. But with a new batch featuring an expanded modern favorite, a requested reissue, a live concert on CD and DVD and an exciting collaboration between an esteemed composer and director, it's safe to say the new batch is worth the wait.

Join us after the jump for a look at Varese's new club titles!

Fans were rightly hoping for soundtrack reissue labels to celebrate the work of Bernard Hermann this year, which would have been his 100th birthday. (Might the premiere release of the original score to Psycho ever be in the cards? One can hope!) Varese's first club title of 2011 is a surprise offering from the Hermann/Hitchcock collaboration: a clutch of scores written for episodes of The Alfred Hitchcock Hour between 1963 and 1964. Hitch's classic program - which made the director a household icon, thanks to his droll introductions ("Good eeevening") and stunning visual images (the show's opening theme, Gonoud's "Funeral March for a Marionette," is one of the most memorable TV intros of all time, alongside the visual of Hitch, in silhouette, stepping into an image of his self-created caricature) - was already a hit on CBS and NBC under the title Alfred Hitchcock Presents from 1955 to 1962. For its last three seasons, the show was expanded to an hour in length and enjoyed continued success. Hermann's eight episodes of the show are just as suspenseful and urgent as anything he scored for Hitch on the big screen.

Do you like scary movies? Then you'll love the next club title: an expansion of the score to the 1996 horror classic Scream. The bloody, satirical chiller - written by Kevin Williamson and directed by Wes Craven - turned the slasher genre on its head with a cast of characters all too aware of classic horror movie conventions. Fifteen years after its theatrical release - and with a fourth entry in the series having hit theatres in April - Varese delivers more than an hour of music from composer Marco Beltrami (the project that put him on the map) which greatly expands on the original score presentation (about 15 minutes of Scream music was released in 1998 with a large helping of cues from Scream 2).

Next up is a reissue of the score to My Demon Lover, a 1987 comedy scored by David Newman. Newman's still a go-to guy for scoring light, family and teen-oriented comedies (two Bill & Ted films, Heathers, The Mighty Ducks), and this flick - about a teenager whose budding romance quite literally brings out the beast in him - is a great early example of his skills. This soundtrack, long out-of-print, is remastered and restored to the original LP program.

Finally, a special concert treat closes out the club batch; in 2009, the Fimucité International Film Music Festival on the Spanish island of Tenerife featured a special program honoring what would have been composer Jerry Goldsmith's 80th birthday. Composers Mark Snow (who's been getting a lot of love on CD lately) and Diego Navarro led the Tenerife Film Orchestra and Choir through selections from some of Goldsmith's most beloved scores, and the whole thing is now preserved as a two-disc set on both CD and DVD.

All of these titles are limited - 1,000 copies for My Demon Lover, 2,000 each for Scream and the concert and 3,000 for Hitchcock - so make sure to act fast! Full track lists and order links are below.