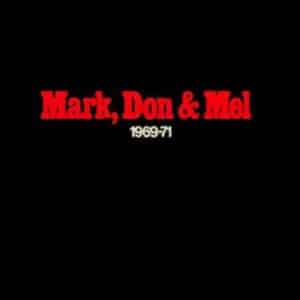 To commemorate that American band, Grand Funk Railroad,  Iconoclassic is putting the band's first compilation on CD for the first time anywhere, 40 years after its original release.

Mark Don & Mel 1969-1971 captures Grand Funk Railroad's early years over what was originally four sides of vinyl, featuring tracks taken from the band's first five studio LPs and a live album. The band had yet to reach its commercial peak with 1973's We're An American Band and its chart-topping title track - in fact, they had yet to add keyboardist Craig Frost as a full-time member (over first choice Peter Frampton, who was bound by his new solo deal with A&M) - but the songs captured herein are still the kind of stadium-filling crowd pleasers one expects from the Grand Funk ensemble.

Amazon's listing has the compilation due on July 26 - but does not specify how the tracks will be ordered. The original double-vinyl pressing had Sides 1 and 4 on one disc followed by Sides 2 and 3. The track list after the jump presents all four sides in order, but we'll let you know if anything changes.