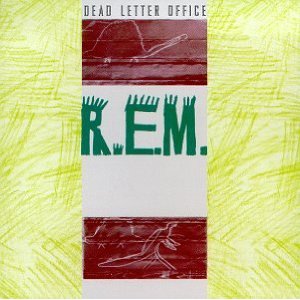 Welcome to another installment of Reissue Theory, where we reflect on notable albums and the reissues they may someday see. As we mourn the passing of one of the most beloved American rock bands of the last few decades, we look at their all-too-often ignored early B-sides, compiled only once on disc – and how those rarities could make for a nice deluxe package down the line.

The Athens, Georgia-based band announced their split Wednesday, after just over 30 years of consistent recording and touring. While some have reacted with shock, others with snark and others still with solemn acceptance as they reflected on a great band, it’s nigh-impossible to deny the band’s place in rock history.

While some may certainly debate the moment the band seemed to lose their way creatively – their signing from I.R.S. Records to Warner Bros., a string of increasingly mainstream rock-friendly albums in the mid-1990s, the retirement of drummer Bill Berry in 1997 – to step on the memory of R.E.M. would be to forget something they had a pretty active hand in: the emergence of “college rock.” As much as this author loves the synths and sequencers of 1980s pop, the band was one of the go-to guitar-based rock bands of the decade, in not only the country but the world as well. (Also on the shortlist: The Smiths, U2 and The Replacements.) And that, of course, opened the door for a new wave of guitar-oriented music in the decade to come, much of which is being celebrated in the reissue world this year.

The group has had a surprisingly large amount of compilations and reissues over the years. In the early 1990s, EMI expanded the I.R.S. catalogue in Europe, adding a handful of bonus tracks to each album. Major compilations of the I.R.S. (2006’s And I Feel Fine…The Best of the I.R.S. Years 1982-1987) and Warner Bros. (In Time: The Best of R.E.M. 1988-2003) have been released, with a full-course retrospective, Part Lies, Part Heart, Part Truth, Part Garbage: 1982-2011, coming from Warner this November.

And, since 2008, the band’s back catalogue has been reissued again, as deluxe 25th anniversary sets. (UMe, controllers of I.R.S.’s early catalogue distribution, handled the deluxe sets of Murmur (1983) and Reckoning (1984), pairing the original album with an unreleased live show, while EMI put out the new versions of Fables of the Reconstruction (1985) and Lifes Rich Pageant (1986), each appended with a bonus disc of demos.)

It’s entirely plausible that the 25th anniversary series will continue next year with Document, the band’s final album for I.R.S. and the one that delivered stunning crossover success with the Top 10 hit “The One I Love.” But moving to that album would unfairly ignore a vital set in the band’s discography – hence, today’s celebratory Reissue Theory.

Take a trip to Dead Letter Office after the jump.R.E.M. guitarist Peter Buck once referred to Dead Letter Office, the band’s first and only compilation solely devoted to B-sides and rarities, as a “junkshop.” He may have been speaking from immense concern for the band’s integrity – the set preceded Document by just over four months, and could have been looked at as a quick cash grab. He may have also worried – perhaps rightly – that the urgent, gleaming quality of the band’s studio albums is generally not found on their flip sides.

But ultimately, any worries the band may have had were misplaced. Critics enjoyed Dead Letter Office for all the reasons one might have expected them to dislike it. The All Music Guide called it “slight, but…fun – and R.E.M.’s albums aren’t always fun,” while Rolling Stone enthused that it “isn’t meant to be anything special. That’s why it is.”

The material on the compilation in fact represents the group far better than one might think. Buck’s jangly guitar is allowed to stretch itself a bit to the point where it nearly loses its finesse, while Michael Stipe’s typically oblique lyrics are played to the hilt (“Voice of Harold,” in particular, sees Stipe reading the liner notes to a gospel album over the instrumental of “7 Chinese Bros.”).

There’s also a surprisingly large amount of covers here, some of which are considerably surprising. Sure, R.E.M.’s takes on “Crazy” by fellow Athens alt-rockers Pylon or any of the three Velvet Underground tunes aren’t terribly out of place, but taking on Aerosmith’s “Toys in the Attic” adds a little bit of depth to the proceedings. (It’s debatable as to how much you’d want to call alcohol-drowned album closer “Walter’s Theme/King of the Road” a cover; Buck himself apologizes for the tune in his short but sweet track-by-track liner notes.)

No matter what you think of the covers, the originals here are pretty great in spots, including “Rotary Ten,” the “movie theme without a movie”; strong flip sides in “Burning Down” and “Ages of You” and – if you own the album on CD – the entirety of the group’s debut EP, Chronic Town. All in all, Dead Letter Office is an effective palate-cleanser between Lifes Rich Pageant and Document, and is more than deserving of an expansion.

For our set, we used the original CD as the basis for the first disc, adding the two bonus tracks from the 1993 U.K. reissue (an acoustic “Gardening at Night” and the demo of “All the Right Friends,” later recorded for the soundtrack to Cameron Crowe’s Vanilla Sky in 2001) to our bonus disc. We’ve also included a handful of unreleased stuff – a live rarity from an early gig, a few demos and the video version of “So. Central Rain (I’m Sorry).” (Admittedly, it’s not terribly different from the original – for the video, Stipe opted to sing live over the original backing track rather than lip-sync – but it’s symbolically interesting.) We’ve also included some of the tracks released on the U.K. reissues (it’s a shame for collectors that the bonus material from these sets hasn’t seen a wider release than that) and some more covers (“Moon River,” “All I Have to Do is Dream”). And finally, we stretched the time period to include some non-LP material from Document, fully rounding out the collection to celebrate the I.R.S. years in full.