To the Edge of Glory and Back: Gaga Reissues "Born This Way" with Extra Discs for Holidays 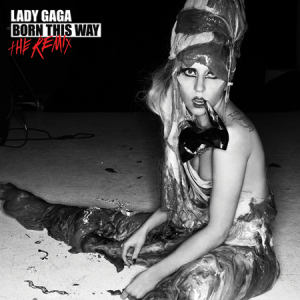 It wouldn't be the holiday season without a few reissues of recent works, and we've got a big one coming up in just a month: a sprawling three-disc version of Lady Gaga's monster hit album Born This Way.

Love her or hate her, the New York girl born Stefani Germanotta has gone from Madonna-aping pop singer to bizarro pop-cultural force since her 2008 debut. The release of this year's Born This Way, her second studio-length effort (following 2009's excellent EP The Fame Monster and a throwaway remix album), was a major event in and of itself, selling over a million copies in its first week of release, the highest-selling single week debut in five years. (The controversial first-week Amazon MP3 price of 99 cents probably helped drive sales.)

While it's not her most focused work, the number of influences she draws from on the record - not only Madonna but Michael Jackson, Duran Duran, Def Leppard, Whitney Houston, CHIC and Bruce Springsteen (poignant, mood-heightening album closer "The Edge of Glory," featuring the last studio work of the Big Man, Clarence Clemons, is one of the highlights) - is impressive. And the quartet of Top 10 hits, including the title track (the 1,000th song to top the Billboard charts), "Judas," "The Edge of Glory" and "Yoü and I," aren't too shabby either. (Fifth single "Marry the Night," to be released alongside this new reissue, might join the ranks soon.) 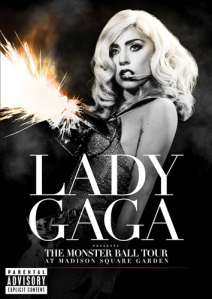 As The Fame Monster was available on its own or with The Fame for the 2009 holiday season, Born This Way: The Collection is a combination of several new Gaga titles that will be available on their own for those who already got their copy of the album itself. In addition to the 17-track special edition version of the album (albeit without the remix disc that appeared in said package), fans will get Born This Way: The Remix, a new remix album featuring 14 all-new reconfigurations of tracks from noted DJs and dance producers, and the DVD of The Monster Ball Tour special broadcast on HBO earlier this spring. (Both the remix set and the live show will be available separately, with Monster Ball coming to DVD and Blu-Ray.)

All these sets - plus Gaga's Lady Gaga x Terry Richardson photo book - will be available November 21. Order the three-disc set at Amazon here and check the track list after the jump.