In Case You Missed It: INXS Release New Hits Set 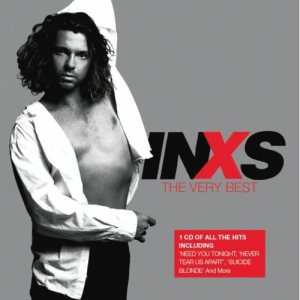 You certainly wouldn't be wrong in debating the merits of another INXS compilation on store shelves, particularly after the good job Rhino did with 2001's double-disc Shine Like It Does: The Anthology and the breezy, single-disc The Best of INXS the next year. (The band, of course, haven't released much new material worth covering since the tragic death of original frontman Michael Hutchence in 1997.) But in the U.K., new things are happening with the band's catalogue - Universal Music has acquired the license to all of INXS' albums outside the U.S. - and while great things are planned, it's worth starting small and reminding the public of one of Australia's best pop-rock acts of the past few decades.

With that in mind, October saw Universal release The Very Best, a new compilation both available in single-disc and deluxe two-CD/one-DVD formats. The single disc set includes all the hits you'd come to expect from an INXS hits set ("Need You Tonight," "Original Sin," "Never Tear Us Apart," "Suicide Blonde," "What You Need," "New Sensation") and a few you might not ("Just Keep Walking," "Baby Don't Cry").

Collectors, and even those whose fandom is more than casual, are going to want to spring for the deluxe set. In addition to adding some of the more glaring omissions from the single disc version ("Don't Change," "The One Thing") and a few album cuts (most from Kick), there are a few rarities and unreleased goodies to enjoy. These include "Good Times," the band's collaboration with former Cold Chisel frontman Jimmy Barnes that appeared on the soundtrack to The Lost Boys; four vintage live tracks and a mashup of "Need You Tonight" with an unlisted song by Gwen Stefani of No Doubt (if the proliferation of amateur remixes are any indication, it's likely her solo hit "Hollaback Girl"). Additionally, a DVD includes a 45-minute documentary, videos and rare live performances for television.

The sets are available now and the full breakdown is after the jump.