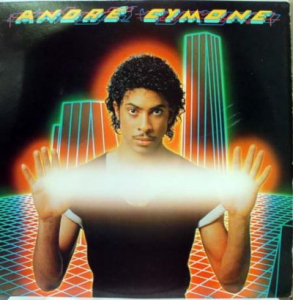 It seems that the rush of catalogue titles for 2012 is starting earlier than normal. This week, we've already seen a lot of announcements and plans from the major labels, the likes of which are probably going to get us through the rest of the calendar year as day-to-day news goes.

The advance notice trend is hitting some of the indie labels, too - Funky Town Grooves just announced a bumper crop of expanded releases for January and February. And we think some of them will be right up your alley.

In the tradition of Big Break's expanded edition of André Cymone's A.C., FTG announces expansions of the other two of the former Prince bassist's solo albums for Columbia. While Livin' in the New Wave (1982) and Survivin' in the 80's (1983) don't feature any contributions from His Royal Badness (as A.C. had the Prince-penned "The Dance Electric"), they're definitely essential listens for those interested in the forging of the Minneapolis sound. Each title is expanded with four single-only remixes apiece, some of which were only released on promo discs.

Another pair of releases is also coming from Nona Hendryx. Though she's probably best known as a third of LaBelle, she had a moderately successful career in the mid-'80s with a series of danceable LPs, first on Epic and then RCA. The latter label saw her first brush with chart success, as 1982's Nona placed on both the pop and R&B album charts and spawned a minor hit in "Keep It Confidential." Nona and its successor, The Art of Defense, will each be expanded with seven vintage remixes and edits. (The final RCA album, The Heat, was reissued by FTG earlier this year.) 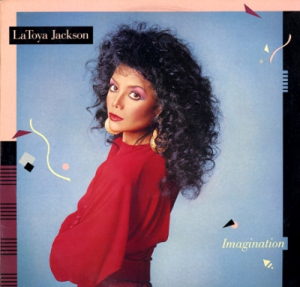 Finally, the first quarter slate also brings news of a Jackson: La Toya, whose 1986 obscurity Imagination will get the red carpet treatment from Funky Town Grooves. While her previous LP, 1984's Heart Don't Lie, was a relative critical and commercial success, Imagination is often forgotten thanks to its release on the Private I label, which was in the process of folding just about the time the album was released. Three remixes of the title track and an instrumental of the single "Baby Sister" are added to the disc.

All titles have been remastered from the original master tapes and are able to be pre-ordered at the links after the jump (current pre-orders will get a discounted price of $2 off each title). Imagination and Nona have a street date of January 14, while the others are due out February 20.