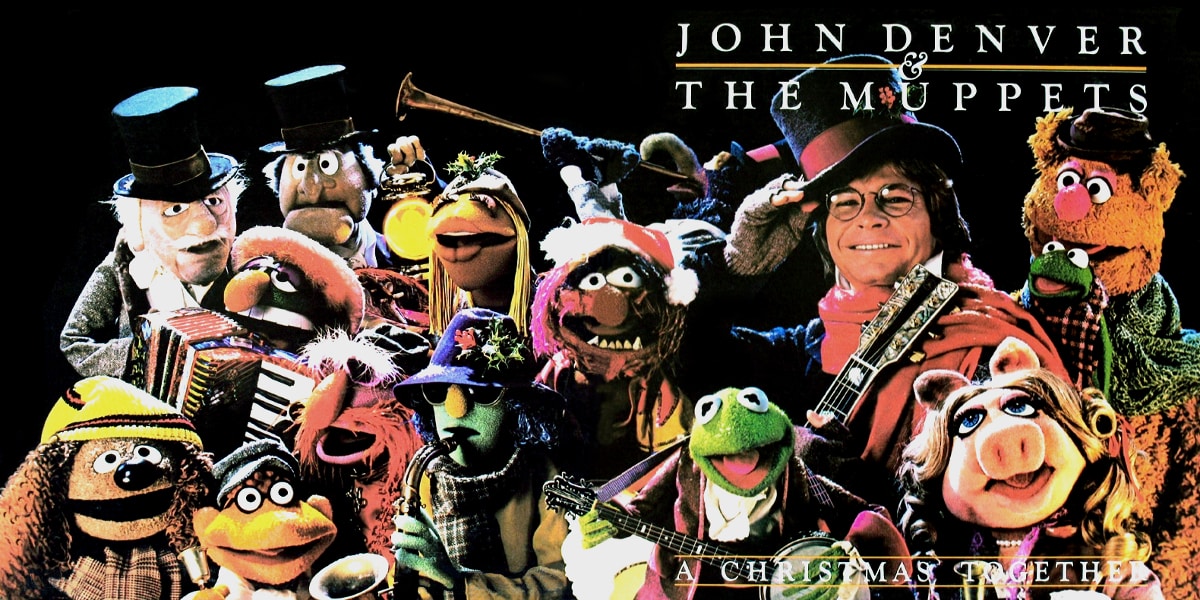 Is the outpouring of love for the new Muppets film still not enough for you? Of course not! So you’ll be happy to know that there’s yet another great musical collectible (after Disney’s fun reissue of the 2006 A Green and Red Christmas) that celebrates our fur and felt friends, not to mention one gone-but-not-forgotten pop favorite: a vinyl reissue of the beloved holiday album by John Denver and The Muppets.

Maybe it was his just-offbeat-enough sensibilities in public – the onstage good-natured behavior that just barely betrayed a distinctly liberal slant – or maybe it was the physical similarities to Scooter, the Muppet’s faithful gofer and nephew of the owner of the Muppet Theater. But John Denver was a lifelong friend to Jim Henson and his band of colorful characters, and nowhere did it manifest more famously than John Denver and The Muppets: A Christmas Together, a 1979 album and subsequent television special.

While that special has yet to be released on DVD (come on, Disney!), the album has been readily available on CD and through iTunes for several years. This reissue, however, is a special one for vinyl collectors: an LP version, with all the original artwork restored (you have to love those Muppet Christmas cards on the gatefold sleeve!) pressed on “Kermit-green” vinyl, along with a download card to enjoy the album on your iPod. It’s available exclusively in stores and online at Urban Outfitters, the offbeat mall chain specializing in kitschy and ironic apparel and gifts. Rest assured, though: there’s nothing ironic about giving the gift of Muppets (or John Denver!) this holiday season.

Stroll down memory lane with the album track list after the jump, and click on the link in the last paragraph to order your copy!

(A hearty thanks to super-reader Jeff S. for the tip!)