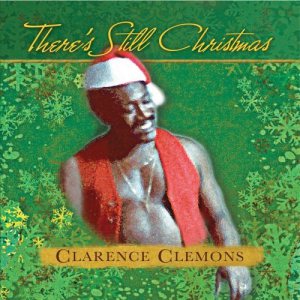 What would Christmas be without the sound of Clarence Clemons’ saxophone ringing out through C.W. Post on Long Island as Bruce Springsteen and The E Street Band ran through a spirited rendition of “Santa Claus is Comin’ to Town” on December 12, 1975. The Big Man’s saxophone solo is a high point of the searing live take – released first on the Sesame Street compilation In Harmony 2 in 1982 and again on the flipside of the “My Hometown” single in 1985 – and his jovial “ho ho ho”s are enough to get The Boss laughing mid-song – one of the warmest onstage moments officially released by Springsteen, for sure.

Now, at the close of a year when we’ve had to do the unthinkable and bid farewell to Clemons, Oceangate Records has unearthed two vintage recordings from the saxophonist and have made them available on CD or for download. Recorded in 1981, the two tracks are a cover of “The Christmas Song (Chestnuts Roasting on an Open Fire)” and “There’s Still Christmas,” written by Stevie Betts and Dennis Bourke, the latter of whom co-produced these tracks and worked with The Clarence Clemons Trust in releasing these recordings.

Due credit to VVN Music for picking up this story. Get the tracks, digitally or physically, through Amazon right here.