The latest Pink Floyd box, featuring live tracks and demos from the vault will make you lose your marbles! (Editor's note: I am so sorry for typing that.)

The Ventures, The Ventures Play Telstar and The Lonely Bull / "Surfing" / (The) Ventures in Space / The Fabulous Ventures / Walk, Don't Run Vol. 2 (Sundazed) 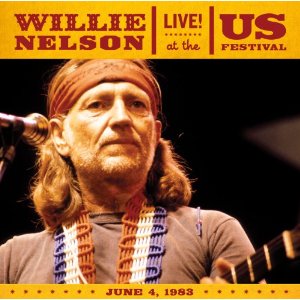 Willie Nelson and Waylon Jennings, Live at the US Festival 1983 (Shout! Factory)