To Japan and Back: New David Sylvian Compilation Available in the U.K. 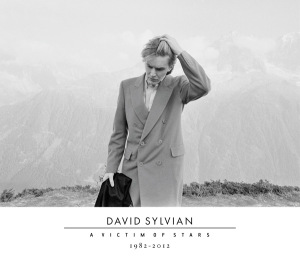 If all you know of David Sylvian is his excellent work in the New Wave band Japan, some would say you have a lot to learn. Fortunately, a new compilation from EMI U.K. is here to help.

A Victim of Stars 1982-2012 collates the best works of the erstwhile Japan frontman, from their biggest hit single "Ghosts" to the present day, with a new single, "Where's Your Gravity?" Along the way, there are a host of intriguing collaborations with some of the best avant-garde rockers in the business, from keyboardist Ryuchi Sakamoto to guitarist Robert Fripp.

While Sylvian's last major compilation, 2000's Everything and Nothing, featured a bevy of outtakes from his then-most recent album, Dead Bees on a Cake (1999), the few rarities here come from non-LP singles and other ephemera throughout the early portion of Sylvian's solo career. However, in addition to his material recorded for Virgin, EMI has licensed several tracks from Sylvian's recent albums on his independent labe, Samadhisound.

The double-disc set, released this Monday, is available to buy now and can be previewed after the jump.