We Have a Winner! Someone's Going to "Hell in a Handbasket" 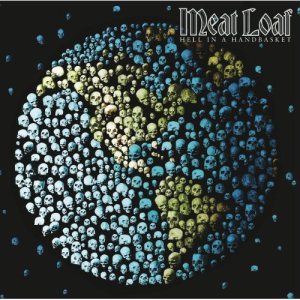 We proudly announce Gregg Alley as the winner of our Meat Loaf contest! Gregg wins a copy of the new album Hell in a Handbasket from Legacy Recordings.

The Jim Steinman-penned "It's All Coming Back to Me Now," performed by Meat Loaf on Bat Out of Hell III: The Monster is Loose (2006), was first performed by a Steinman-created studio project, Pandora's Box. Their version of "It's All Coming Back", from the album Original Sin (which also featured three songs used by Meat on Bat Out of Hell II: Back Into Hell (1993)), predated Celine Dion's hit version by seven years!

Thanks to all who entered!