Get Up, Stand Up: "Marley" Soundtrack Chronicles Reggae Legend in Song 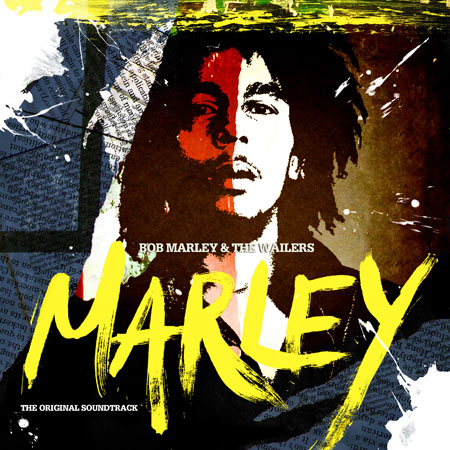 With the impending release of Marley, a new documentary chronicling the life and work of Jamaica's favorite son, Universal is releasing a new compilation of tunes featured in the movie, featuring a few rare and unreleased goodies.

Robert Nestor Marley remains one of the definitive forces in the reggae genre. From his early works as a member of The Wailers alongside fellow legends Peter Tosh and Bunny Wailer, to his reinvention of the group as a backing band for his increasingly beautiful, rhythmic and socially-conscious records in the mid-1970s, Marley remains a pioneer who is arguably responsible for the Western world taking any interest in the genre. (The 1984 compilation Legend, released three years after the singer passed away, remains the biggest-selling album of the genre.)

While the Marley soundtrack (to be released over two compact discs and three vinyl albums) features Marley and The Wailers' biggest hits, including "Stir It Up," "I Shot the Sheriff," "Get Up, Stand Up," "Three Little Birds" and "One Love/People Get Ready," there are a few surprises to be had. In addition to the inclusion of a great deal of early Wailers material, much of which was released in the mid-'60s on Jamaican labels like Upsetter, Beverley's and Marley's own Wail'n Soul'm, and only belatedly introduced to American audiences on collectors' sets like 1992's Songs of Freedom box set, there is one completely unreleased track: a live version of "Jammin'" at the One Love Peace Concert held in Kingston in 1978. The concert, intended to quell political and social unrest in Marley's home country, was the singer's first live appearance there since surviving an assassination attempt two years earlier. During this performance, Marley invited Prime Minister Michael Manley and his rival, Jamaican Labour Party leader Edward Seaga, to the stage and held hands with them both - a striking gesture of Marley's tireless efforts for peace.

The soundtrack is available Tuesday, April 17, and the full track list is after the jump.