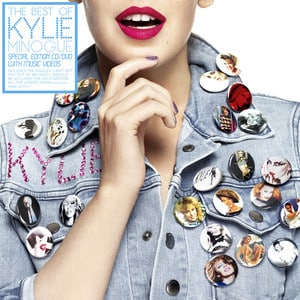 Twenty-five years is quite a long time for any pop star to survive, much less thrive. Australia's darling Kylie Minogue has been doing just that for a quarter century, and is celebrating that landmark with a new greatest hits album to be released this summer.

The Best of Kylie Minogue compiles 21 tracks - 18 of them Top 5 hits in the U.K. - to celebrate the anniversary of the singer's first single, a cover of Little Eva's "The Loco-Motion" produced by the Stock Aitken Waterman team that became a worldwide Top 10. For the first chunk of her career, Minogue was Europe's go-to girl next door, with a clutch of hits from the SAW/PWL team. She ultimately left the team's employ in the mid-1990s to find her footing as a more mature performer, and eventually struck gold in the early 2000s with tracks like "Spinning Around," "On a Night Like This" and "Can't Get You Out of My Head" - the latter a No. 1 smash in nearly every territory (save for the U.S., which still welcomed it into the Top 10, her second-highest charting single on our shores).

While there's no new material on this compilation, which will be available as a standard CD and deluxe CD/DVD with music videos, The Best of Kylie Minogue serves as a healthy primer for the pop diva's career, who's booked a high-profile gig at The Queen's Diamond Jubilee Concert in London on June 4, the album's international release date. (The disc is out in America on June 19.)