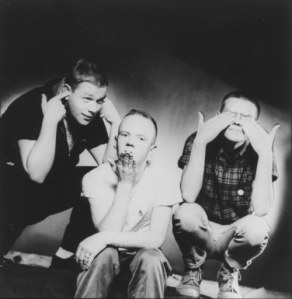 British pop fans might know Somerville today as the falsetto-voiced singer who crooned several hits in the '80s and '90s (including a chart-topping dance track in the U.S., "Heartbeat," in 1995). But his first brushes with stardom happened with a pair of synthpop bands in the middle of the 1980s. First, there was his brief but notable tenure as lead singer of Bronski Beat from 1983 to 1985; Somerville and bandmates Steve Bronski and Larry Steinbachek all addressed the still-taboo topic of homosexuality in their music (all three were publicly out) but never sacrificed the music for the message. The catchy singles "Smalltown Boy" and "Why?" were Top 10 hits in 1984 and remain notable gay anthems to this day.

Somerville departed Bronski Beat amid personal and professional tensions, forming The Communards with classically-trained musician Richard Coles. Though Somerville remained a prominent gay icon, The Communards' biggest hits were high-energy covers of soul classics. Their take on "Don't Leave Me This Way," performed by Harold Melvin & The Blue Notes and Thelma Houston, was England's top-selling single of 1986, and a cover of The Jackson 5's "Never Can Say Goodbye" was a Top 5 hit, too.

Edsel's two-disc editions of Bronski Beat's The Age of Consent and The Communards' Communards and Red all come brimming with extras, including non-LP B-sides and single remixes, many of which are making their debuts on CD. The Age of Consent includes the remix album Hundreds & Thousands in its entirety, while Red features all of the live tracks from Storm Paris, a triple-12" set released in 1988. Somerville contributed new notes to all three sets (Coles contributed to the Communards packages).

Look for these in U.K. shops on July 2 and hit the jump for the full breakdowns!

Disc 1: The Age of Consent and bonus material