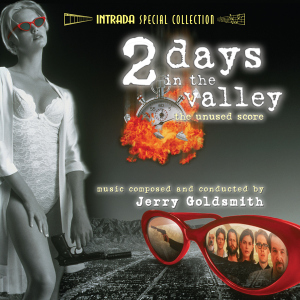 After a quiet month for soundtracks, save the score reissue to little-seen art-house flick Star Trek: The Motion Picture, the past week has seen three releases from Intrada and Film Score Monthly readied for film music aficionados.

Intrada's first title did an excellent job of satiating anyone's post-Trek desire for more Jerry Goldsmith; it's the unreleased, unused score to 1996's 2 Days in the Valley. A twisty thriller with a solid cast (Charlize Theron, Eric Stoltz, James Spader, Teri Hatcher and Jeff Daniels among its ranks), 2 Days inspired Goldsmith to create a score that evoked the suspenseful Chinatown in some ways, with a main theme anchored around a trumpet line and strings. While a rock-themed score by Anthony Marinelli ultimately scored the picture, fans can now uncover a lost treasure in the late, great composer's discography. The disc., sourced from Bruce Botnick's two-track digital session mixes in the Paramount vaults, features liner notes by Jeff Bond. 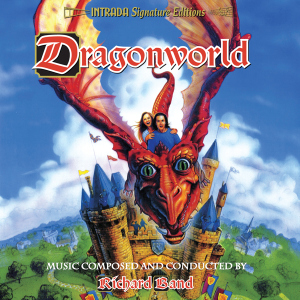 The quirkier of the two entries in Intrada's catalogue this time around is the label's latest Signature Edition title. Richard Band's score to Dragonworld, an obscure but fun family-friendly adventure film featuring mythical, winged beasts in Scotland, is the order of the day, featuring the complete, heretofore score with liner notes from Band and director Ted Nicolanu.

And what did Film Score Monthly prepare as it inches toward the finish line? Find out after the jump. 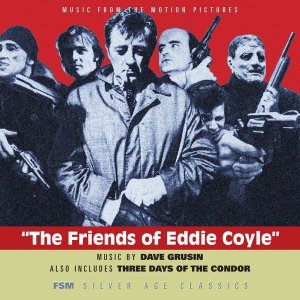 For the 247th title in FSM's intended 250-title catalogue (the label has previously mentioned their final title will likely appear by the later summer months, so prepare yourself!), two scores by composer Dave Grusin have been unearthed from the vaults. In The Friends of Eddie Coyle, Robert Mitchum plays for tragedy as a washed-up small town criminal whose ties to the criminal underbelly of Boston won't get him anywhere but down. On the other side of the law, 1975's Three Days of the Condor has Robert Redford uncovering a sinister plot within his own CIA offices. Both scores are bold and infused with Grusin's knack for jazz, R&B and funk. While Eddie Coyle receives its premiere release from the original 16-track masters, Condor features both the original 12-cue soundtrack LP released by Capitol Records with a handful of unabridged, unreleased cues from the film's original 24-track masters.

All three scores are available to order now; read on to order your copies and get a look at the track listings!