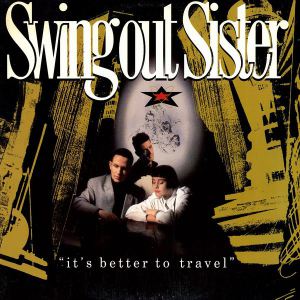 When it was initially announced, the 25th anniversary edition of It's Better to Travel from Universal's U.K. arm featured the original nine-track LP and 11 bonus tracks over two discs. While there were plenty of B-sides and remixes to go around, many of them were previously available on compilations or other import editions of the album. (In particular, our brethren at Super Deluxe Edition were critical of the package, actually prompting a response on Twitter from S.O.S. keyboardist Andy Connell.)

Now, though, the package has been changed ever so slightly, and fans should have more than ever to look forward to on this set. What's been added? Hit the jump and take a look.

The first disc of the new expansion of It's Better to Travel has first and foremost been reorganized to closer replicate the original running order on initial CD pressings. (Those discs included remixes of singles "Breakout," "Surrender," "Blue Mood" and album cut "Twilight World," as well as an instrumental of "Communion" present on the second disc.)

The new package is available two weeks later than the original version was intended to be, with a new release date of July 16. You can order it below.