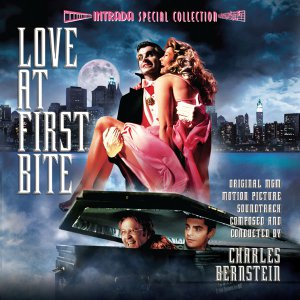 This week's soundtrack reissue offerings include two fantastical scores from one label and another pair of Jerry Goldsmith titles from a label that's done a fantastic job on recent releases from the late, great composer.

Over at Intrada, they've released one of their more-requested titles: Charles Bernstein's score to the comedy Love at First Bite. The 1979 film starred George Hamilton as a spooky but ultimately light-hearted Dracula, displaced from Transylvania to modern-day New York City. Bernstein's music evokes all the Eastern European chills of your typical vampire yarn, but the change of scenery begets some lighthearted forays into disco! Augmented with two disco mixes of cuts from the original soundtrack LP on Parachute Records, this premiere release of the complete score is certainly something for fans to sink their teeth into. 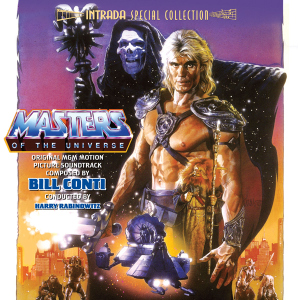 The same label has also prepped a new edition of another fantasy-minded score. Though the film version of Masters of the Universe was released in 1987, some years after the Saturday morning cartoon and action figure series of the same name had peaked among audiences, its place in the franchise has earned it some cult status - along with memorable performances by Dolph Lundgren as Prince Adam of Eternia (He-Man to us mere mortals) and Frank Langella as the villainous Skeletor. This is not the first release of Bill Conti's original score; a highlights LP was released on vinyl and CD by Varese Sarabande at the time of release, and said LP was paired with the complete score on a two-disc set released by La-La Land in 2008. This release, though, omits that original album in favor of a single-disc presentation of the original soundtrack.

And what Goldsmith gems does La-La Land have in store? Hit the jump to find out! 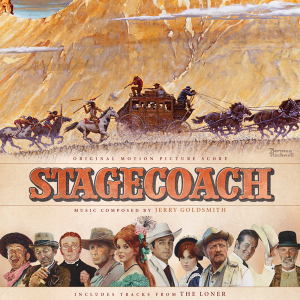 As if La-La Land hasn't spoiled Goldsmith fans enough already, there's two more of his classic soundtracks - namely, two scores for Westerns - getting reissued with new material. First, there's his score to the 1966 remake of the John Ford classic Stagecoach, directed by Gordon Douglas and starring Bing Crosby, Ann-Margaret and Slim Pickens as part of the group that "rode to greatness on the stagecoach to Cheyenne," as the film's poster so eloquently put it. One of Film Score Monthly's first CD releases in 1998, the score has been meticulously remastered and expanded, including the original LP program and adding not only the extra Goldsmith cues from episodes of the Rod Serling-created series The Loner but five previously unreleased tracks, including source cues and outtakes. This edition is limited to 2,000 units. 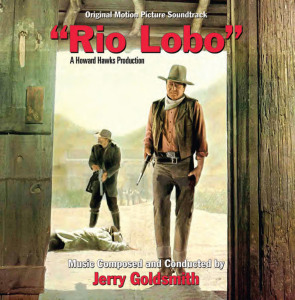 LLL has also expanded Goldsmith's score to the epic Rio Lobo (1970), the final film directed by Howard Hawks, starring John Wayne as a heroic Civil War colonel defending the film's eponymous town from corruption and murder. First released in a mixture of stereo and mono cues by Prometheus Records in 2001, LLL's team has recovered every surviving bit of the score, presenting it first complete in mono, then featuring several unreleased source and alternate cues followed by the five surviving stereo cues. Rio Lobo is limited to 3,000 copies.

All titles can be ordered below. Happy listening!