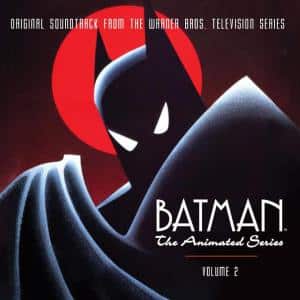 This evening, Preview Night kicks off 2012’s Comic-Con International: San Diego, or as most of us know it, just Comic-Con!  As the years have passed since the very first event in 1970, Comic-Con has broadened its scope from the world of comic books to every possible corner of pop culture, including music.  A number of our friends have set up shop in San Diego, including La-La Land Records at Booth 429 and Shout! Factory at Booth 3849!  Mike’s checking in with a report on some of the special releases premiering this year at Comic-Con!

The figure of Batman, Gotham City’s silent guardian and watchful protector and one of the greatest comic book characters of all time, looms large over pop culture this summer. On July 20, director Christopher Nolan’s final film in his complex Batman trilogy, The Dark Knight Rises, hits theatres, with Christian Bale donning the black suit one last time to fight the nefarious Bane (Tom Hardy) eight years after exiling himself after the events of the stunning 2008 film The Dark Knight.

One week prior, the San Diego Convention Center will hold easily the biggest annual event for pop-culture enthusiasts: the San Diego Comic-Con, held from July 12-15, with a Preview Night set for July 11. Not only do fans and collectors descend on the convention grounds to dress in costume, purchase collectibles and unite in film, television and comic geekery, but the creators of said content are out in full force. Artists, writers, actors, directors and other celebrities are on hand to preview the latest and greatest events in the business, and toymakers are hard at work selling exclusive action figures and dolls to an enthusiastic public. With a new Batman film weeks away from release, the Caped Crusader will be on the minds of almost everyone there.

La-La Land Records, arguably the most “geek-friendly” soundtrack label in the business, have been a visible presence at past Comic-Cons, often debuting stellar new titles for sale at the con before unveiling them to the general public. Prior years have seen expansions of Danny Elfman’s iconic score to the 1989 film version of Batman, as well as a mini-box set of scores from Star Trek: The Next Generation, debut on the convention floor. This year, The Dark Knight – and a few other comic-book contemporaries – will figure heavily into the label’s just-announced release plan.

After the jump, have a look at the four recently-announced titles for Comic-Con – as well as a look at some other titles you can expect from the label in the coming months.

The release of Tim Burton’s Batman in the summer of 1989 was a massive pop-cultural event. The black and gold Bat-symbol was emblazoned on mugs, t-shirts, hats and film soundtracks (both Prince’s tie-in album and the score release) for months on end. The greatest result of Batmania, however, may have been the 1992 debut of Batman: The Animated Series. Far from your father’s happy-go-lucky cartoon (think of Adam West reprising his 1960s role in 1984’s iteration of Super Friends), B:TAS took the dark, Gothic look of modern-day Batman comics and films and adapted it to the small screen.

Stunning Art Deco-inpsired visuals, captivating storylines and a tremendous voice cast (anchored by Kevin Conroy as the cowled hero and Mark Hamill in a career-making role as the maniacal Joker) elicited a second wave of Bat-frenzy. The show crossed over from afternoon kids’ program to Sunday night primetime hit, won four Emmy Awards and spawned a theatrical presentation, 1993’s Batman: Mask of The Phantasm. Producer Bruce Timm’s vision for the show cast an immense shadow over presentations of Batman in animated depictions of all DC Comics superheroes as well as other multimedia; much of the cast reunited for the video games Batman: Arkham Asylum (2009) and its 2011 sequel Arkham City.

The series’ Emmy-winning musical score was part and parcel of the show’s success. While the wordless prologue that kicked off every episode and the end credits featured a new arrangement of Danny Elfman’s film theme, much of the show’s musical fabric was created by Elfman associate Shirley Walker, who’d conducted Elfman’s Batman score. Her four-note Batman motif was certainly inspired by the film but extended to its own unique theme – in fact, every character seemed to have their own musical signature, honoring the best traditions of classical composition.

Long before (and certainly after) Walker’s tragic passing due to complications from a stroke in 2006, fans had clamored for a release of her works for B:TAS. In 2008 and 2009, those dreams were realized by La-La Land, with a double-disc set of B:TAS score selling out swiftly and an expansion of her Mask of The Phantasm album issued shortly thereafter. This year, LLL responds to the Batsignal not once but twice, with both a reissue of Batman: The Animated Series – Volume 1 and a four-disc second volume bowing at Comic-Con. In the interest of collectibility, two of the original set’s bonus tracks will not be replicated on the second pressing of Volume 1, but with an offering of several dozen episodes over six discs, it’s hard to criticize them for such a decision. B:TAS Volume 1 will be limited to 5,000 units (considerably higher than their original pressing of 3,000), while Volume 2 will be limited to 3,500 copies. 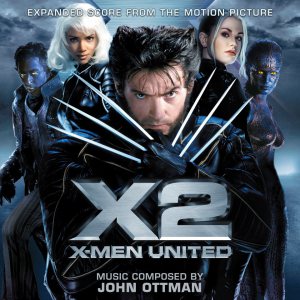 Batman and Robin are hardly the only superheroes coming to Comic-Con courtesy of the label, though. Marvel Comics’ X-Men have been entertaining fans on the big screen since 2000 (the sequel to last year’s acclaimed prequel, X-Men: First Class, starts shooting next year), and they were no better than in 2003’s X2: X-Men United. The second X-film from director Bryan Singer saw Charles Xavier (Patrick Stewart)’s band of heroic mutants join forces with arch-nemesis Magneto (Ian McKellan) and his band of troublemakers to fight a common enemy. John Ottman, Singer’s longtime editor/composer (The Usual Suspects, Superman Returns, Valkyrie), was on hand to deliver some of the best music of the series, and La-La Land’s presentation adds nearly twice the music the original, hour-long soundtrack had. This title will be limited to 3,500 units.

Then there’s music a superhero whose influence stretches back to the 1930s: The Phantom. Lee Falk’s Ghost Who Walks has been a staple of the newspaper comics since 1936, and while the 1996 film starring Billy Zane in the purple suit was a modest box-office success, its cult following on video continues to this day. David Newman’s pulpy score will be reissued for Comic-Con and beyond as well, featuring almost a whole half-hour of extra material, capped at 3,000 units.

But the thrills just keep on coming. While all four titles will be available at a discount for Comic-Con, there are plenty of other surprises the label’s owned up to: