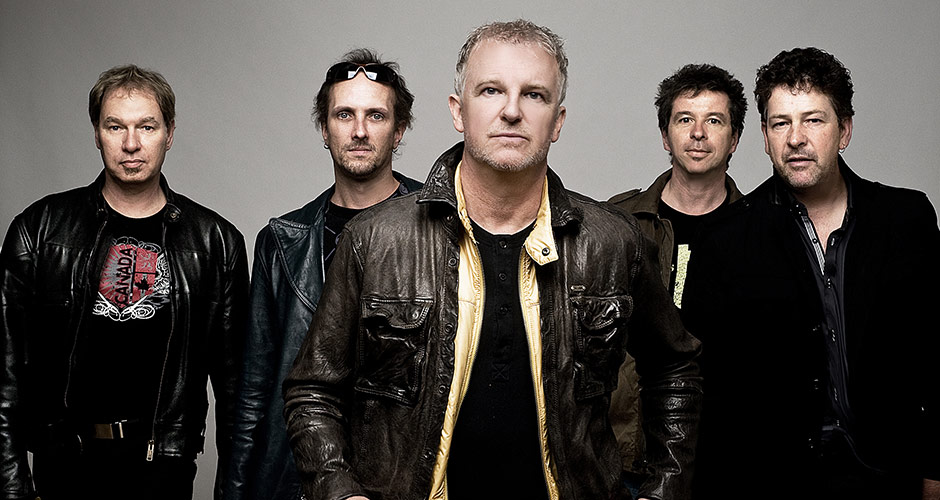 The band themselves likely wouldn't want it any other way, so we won't forget to tell you about some relatively recent catalogue projects that just arrived up north from rock band Glass Tiger.

The Canadian rockers shot to fame in the mid-'80s with the irresistibly catchy "Don't Forget Me (When I'm Gone)." With a synth-horn-fueled hook that could make the most stoic musician bop along, a dollop of perfect pop-rock production from co-writer Jim Vallance and an edgy vocal cameo from fellow Northern light Bryan Adams, "Don't Forget Me" is one of the decade's best buried treasures, topping the Canadian charts and peaking in the U.S. at No. 2. The album which held it, 1986's The Thin Red Line, also yielded sizable North American hits in "Someday" and "I Will Be There," Top 40 hits in America and Canada alike. Additionally, the band were nominated for a Best New Artist Grammy Award and won five Juno Awards in 1986 and 1987.

While the band's subsequent albums, Diamond Sun (1988) and Simple Mission (1991) never held America's attention as well as "Don't Forget Me," they were smash hits in their native country; Simple Mission spun off four Top 10 hits alone, including Top 5 tune "Animal Heart." After a solo career, lead singer Alan Frew reunited with his bandmates (save for original drummer Michael Hanson) in the 2000s, and Glass Tiger remains a strong Canadian live act.

The group, partnering with EMI Canada, has taken 2012 to both look back and forward with two new catalogue titles. The first is a deluxe anniversary edition of The Thin Red Line, featuring new artwork and a bonus disc of archival B-sides, remixes and unreleased demos. Some of that material, including a new, stripped-down version of the title track, appears on Then...NOW...Next, a new Glass Tiger compilation featuring singles from the band's three Capitol albums, two tracks from lead singer Alan Frew's 1994 solo disc Hold On and four new tracks, including Frew's solo acoustic take on The Beatles' "You've Got to Hide Your Love Away."

The deluxe Thin Red Line snuck up on us back in June, while Then...NOW...Next hit stores this Tuesday, August 21. Hit the jump to order both of them and check out the track lists!