David Guetta's Star-Studded Latest to Be Expanded This Fall 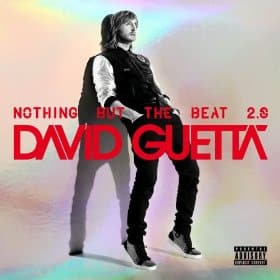 Parisian artist/producer/remixer David Guetta stepped back into the spotlight with last year's Top 5 album Nothing But the Beat - a collaboration between Guetta and some of the biggest names in R&B, rap and dance - and next week will present a greatly expanded edition of the album.

Nothing But the Beat 2.0 combines the floor-fillers of the original disc, including the hit singles "Without You" (a Top 5 smash with guest vocals from Usher), "Turn Me On" (featuring Nicki Minaj) and "Where Them Girls At" (featuring Minaj and Flo Rida), and pairs it with several "new" tracks. A few of them, including "Lunar," a collaboration with up-and-coming remixer Afrojack, and "The Alphabeat," were made available on an existing double-disc edition of Nothing But the Beat which featured the original "vocal album" and a  bonus electronic disc. One other track, "Wild One Two," is a recently-released remix of Flo Rida's "Wild Ones." But six tunes are all-new, including new single "She Wolf (Falling to Pieces)," a collaboration with dance-pop singer Sia (whose vocals propelled another Top 10 Beat hit, "Titanium"), as well as guest appearances by Ne-Yo, Akon, Tegan & Sara and others.

Guetta's new Beat is available next Tuesday, September 11, and you can place your orders after the jump.