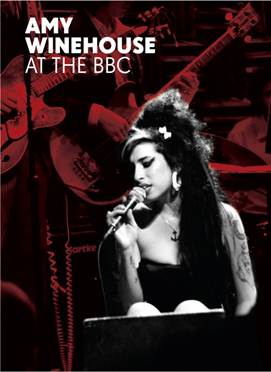 The work of talented, troubled British soul singer Amy Winehouse, who passed away last summer at the too-young age of 27, will be celebrated in box set form this year.

The set begins with A Tribute to Amy Winehouse by Jools Holland. The former Squeeze keyboardist and longtime British television personality was an avowed fan of Amy's, and featured her several times on his Later... series and annual Hootenanny variety shows. This playlist, compiled for the BBC after her death, features multiple performances from 2003 to 2007 and includes guest spots by Holland himself (who duets on standards "Teach Me Tonight" and "Tenderly" with Winehouse) and mod king Paul Weller (who covers "I Heard It Through the Grapevine" and Etta Jones' "Don't Go to Strangers" with her).

The second disc is the CD, a compilation of performances recorded by the BBC on various radio shows and music festivals. From early singles like "Fuck Me Pumps," recorded at the T in the Park Festival in 2004, to familiar hits ("Rehab," "You Know I'm No Good") and covers (Phil Spector's "To Know Him is to Love Him," The Zutons' "Valerie"), Winehouse's smoky voice is front and center here.

The third disc spotlights a set recorded by Radio 1 at London's Porchester Hall in the summer of 2007. Back to Black had been released the fall before, and "Rehab" was starting to break Winehouse in the States; as such, this performance draws heavily from that seminal LP. Finally, one last DVD features a part-performance, part-documentary about Amy's 2006 trip to a small church (with a capacity of 85) in Dingle, County Kerry, Ireland. The performance, recorded for Irish music series Other Voices, features a set culled entirely from Back to Black and shows off Winehouse in one of the most unique venues of her career.

The box features new liner notes by Dan Cairns of The Sunday Times, and will feature a new interview with BBC producer Mark Cooper and a foreword from rapper Nas, a longtime admirer of Winehouse. All royalties from the set will be donated to The Amy Winehouse Foundation, a non-profit set up in Winehouse's memory to aid young people beset by health problems, disability or addiction.

Look for it in stores on November 19, and hit the jump for the full track list, as well as a look at a forthcoming box set featuring all three of Amy's studio albums. 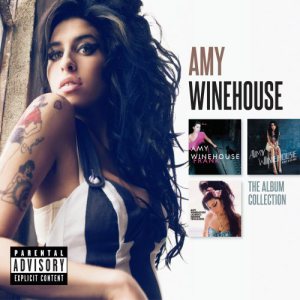 As has been an ongoing tradition both here and abroad in record stores, major labels have taken to packaging multiple albums by an artist together for a nice price - no frills, just music. Universal Republic will be doing the same for Amy this fall with The Album Collection, featuring Frank (2003), Back to Black (2007) and the posthumous Lioness: Hidden Treasures. That box will be out everywhere on October 9.

Keep it here for an Amazon link for the BBC box, and view the track lists for both sets below.

Disc 1: A Tribute to Amy Winehouse by Jools Holland (DVD)

Disc 4: The Day She Came to Dingle (DVD)