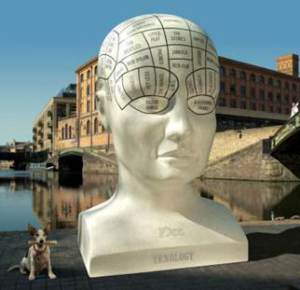 10cc: smooth rock pioneers? Irreverent architects of "art for art's sake"? The debate continues this year with the U.K.'s first-ever career-spanning 10cc box set, Tenology, to be released by Universal in November.

The group U.S. audiences know best for the immaculately-crafted "I'm Not in Love" and "The Things We Do for Love" are only seeing half the picture: singers/songwriters/multi-instrumentalists Eric Stewart and Graham Gouldman, who were responsible for the poppier songs in the 10cc catalogue, were complemented by the more avant-garde stylings of Kevin Godley and Lol Creme. All four members had an impressive curriculum vitae: Gouldman wrote songs for The Yardbirds and The Hollies (including "Look Through Any Window" and "Bus Stop"), and would join vocalist and guitarist Stewart as a member of The Mindbenders (Stewart led the band after Wayne Fontana departed, and sang the group's massive hit "A Groovy Kind of Love.") Godley & Creme, who'd sung and wrote tunes in the same circles, further collaborated with Stewart and Goldman as session players at the famed Strawberry Studios in Stockport.

After Stewart, Godley and Creme scored a worldwide hit with the novelty tune "Neanderthal Man" (under the moniker Hotlegs), all four members of the future 10cc earned acclaim as session players on Neil Sedaka's Solitaire and The Tra-La Days Are Over. Bolstered by their success with Sedaka (and undeterred by the rejection of their first intended single "Waterfall" by Apple Records), 10cc struck out on their own, signing to Jonathan Kings UK Records and almost immediately enjoying British chart success with smart, funny pop tunes like "Donna," "Rubber Bullets," "The Dean and I" and "The Wall Street Shuffle," all Top 10 hits.

Though the band's fortunes were shining brightly, particularly when the ethereal "I'm Not in Love" peaked at No. 2 in the U.S., Godley & Creme were dissatisfied with the band's increasingly pop direction and split, releasing the conceptual triple-album Consequences in 1977 and spending much of the '80s as in-demand directors of music videos (Duran Duran's "Girls on Film," The Police's "Every Breath You Take" and more).

Stewart and Gouldman continued under the 10cc name, but changing music trends meant they did not enjoy the same success as the years went on. (Stewart was also badly hurt in a 1979 car accident, keeping him away from the changing music scene for awhile.) While singer/songwriter Andrew Gold was invited to join the band in the early '80s, and did in fact contribute his talents to a few tracks, it did little to revive the brand. 10cc were essentially on hiatus by 1984, by which point Stewart began a longtime collaboration with Paul McCartney and Gouldman formed Wax with Andrew Gold.

All four members reunited for 1992's ...Meanwhile, but Godley & Creme would depart once more shortly thereafter. A 1995 album with Stewart and Gouldman, Mirror Mirror, was not a success, though Gouldman still tours under the 10cc name with touring members Rick Fenn on guitar and Paul Burgess on drums (both of whom have played in studio and live with the group during their heyday).

The release of Tenology marks the first such career-spanning box to come from their native land (a 1991 box set released in Japan featured many of their singles and non-LP B-sides for the first time on CD). All four members participated in track selection and interviews with journalist Paul Lester for the set, which features four CDs of singles, album cuts and B-sides and a DVD of live footage and promo videos. Storm Thorgerson's Storm Studios designed the box art; Thorgerson designed many of the band's original album sleeves as a member of the design studio Hipgnosis.

If you're into 10cc, or really smart, polished pop in general, this set looks hard to beat. It'll be available in the U.K. on November 19. Hit the jump to order your copy and check out the full track list.