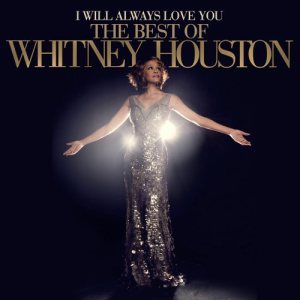 The label will release new compilations in the same week for departed R&B legend Whitney Houston and American Idol winner Kelly Clarkson - the latter of whom definitely owes more than a little of her style to the former.

I Will Always Love You: The Best of Whitney Houston marks a few firsts in Whitney's catalogue: it's her first single-disc, career-spanning compilation in the United States, and it's the first catalogue title to be released after her sudden passing earlier this year.

While 2000's Whitney: The Greatest Hits mixed familiar versions of hits with new dance remixes and the odd rarity or two, I Will Always Love You is heavy on the hits fans know and love, newly remastered and appended by two bonus tracks. One, a new version of the title track to 2009's I Look to You, features duet vocals from R&B icon R. Kelly, who penned the tune for Houston and sang it at her memorial. The other track, "Never Give Up," is a previously-unreleased tune - no doubt one of many audiences will likely have the chance to hear in the future. That disc is out November 13.

After the jump, Kelly Clarkson's first-ever compilation is heavy on the hits, plus a little bit extra!

It was the show nobody realized they wanted until it actually premiered: in the summer of 2002, audiences were transfixed by American Idol, a live music contest where fans could vote for a new pop superstar from a myriad of unknown hopefuls. (The concept was, of course, cured to perfection in the U.K. by producer and judge Simon Cowell, whose no-nonsense demeanor made him one of television's most lovable villains.) 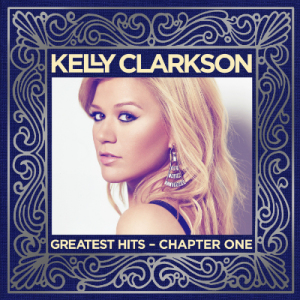 That first year, the winner was almost obvious: a 20-year-old waitress from Burleson, Texas, named Kelly Clarkson. Clarkson's simple good looks and powerhouse voice, which recalled vintage Whitney Houston and Celine Dion, earned her a record contract, but it was her choice of songs - empowered, upbeat and assertive - that made her a superstar. Sophomore record Breakaway, released in 2004, sold 6 million copies and yielded four Top 10 hits, including the anthemic "Since U Been Gone." Clarkson continued to follow her muse, releasing the darker, less-commercial My December in 2007 before returning to pop craft with All I Ever Wanted (2009) and Stronger (2011), the title track of which became her third No. 1 hit.

Greatest Hits: Chapter One contains a dozen Top 20 solo hits, the excellent "Don't You Wanna Stay" - a duet with country singer Jason Aldean - and four brand-new tracks, including lead single "Catch My Breath"; "Don't Rush," another country duet with Vince Gill and - fitting of its November 16 release date - a take on "I'll Be Home for Christmas."

Order your copies of each compilation and check out the full track lists below.