Cherry Red Rebuilds The House of Love on Three-Disc Expansion 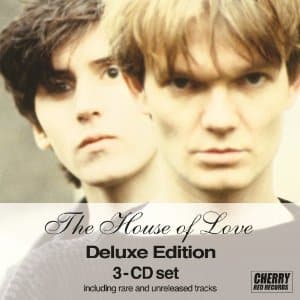 One of London's most preeminent indie bands of the 1980s, The House of Love, are partnering with Cherry Red for a triple-disc reissue of their first album in November.

The House of Love, originally released on Creation Records in 1988 after a clutch of critically-acclaimed singles, will now feature two discs of additional material culled from various singles and compilations, as well as 23 unreleased cuts, including live tracks, demos and alternate mixes.

During their tenure with Creation Records, The House of Love were widely touted to be the next great stadium rock act in England. Creative tensions, however, derailed the group during their major-label move to Fontana - shortly thereafter, the band's core members, singer Guy Chadwick and guitarist Terry Bickers, had split, with Bickers leaving the band midway through a tour - and by 1993 the group was defunct. However, the reconciled Chadwick and Bickers reformed the band some time later, releasing Days Run Away to critical plaudits in 2005 and continuing to write and tour throughout.

This remastered package, featuring new sleeve notes and unreleased photography, is available in the U.K. November 26. Order it on Amazon U.K. or Amazon U.S., and hit the jump for a full track list.

Disc 2, Tracks 16-19 and all tracks on Disc 3 previously unreleased