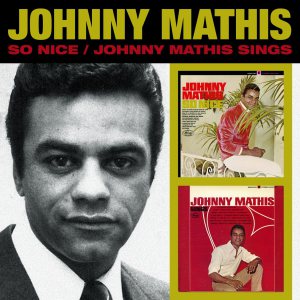 Real Gone concludes its reissue series of Johnny Mathis’ Mercury albums with So Nice (1966) and Johnny Mathis Sings (1967).  So Nice (which hit No. 50 on the 1966 charts) took its title from Marcos Valle’s bossa nova ballad, and Mathis drew other songs from Broadway musicals (three songs from the then-current smash Man of La Mancha) and the pop charts (Bacharach and David’s “What the World Needs Now is Love,” Bob Lind’s “Elusive Butterfly.”) Johnny Mathis Sings (which reached No. 103) was even more diverse, with more Bacharach and David (“Always Something There to Remind Me,” “Saturday Sunshine”) joined by Lennon and McCartney (“Eleanor Rigby”) and Bobby Hebb (“Sunny”).  Mathis also tackled contemporary film and theatre songs on his tenth and final set for Mercury Records.  Soon after the release of Sings, he was back at Columbia Records to start another chapter.  Both albums make their CD debut, remastered by Mark Wilder at Battery Studios and featuring liner notes written by James Ritz featuring quotes from Mathis himself. 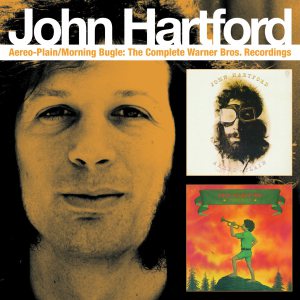 From a great singer to a great songwriter: Real Gone is also issuing, for the first time, The Complete Warner Bros. Recordings of John Hartford.  The “Gentle on My Mind” songwriter, having established onscreen fame paired with Glen Campbell and The Smothers Brothers on television, signed to Warner Bros. in 1971 and issued two singular long-players.  For 1971’s Aereo-Plain, Hartford brought together fiddler Vassar Clements, dobroist Tut Taylor, guitarist Norman Blake and bassist Randy Scruggs to play a set that paved the way for the so-called “newgrass” movement of contemporary bluegrass music.  Despite its lack of commercial success, Hartford pressed ahead with 1972’s Morning Bugle, on which he was joined by Blake and bassist Dave Holland.   Real Gone’s definitive survey of Hartford’s WB period includes eight previously unreleased tracks (four from each session), with notes by Hartford historian Andrew Vaughan and photos donated by the artist’s family.

After the jump: The Grateful Dead, plus three lost gems from Real Gone and Dusty Groove! 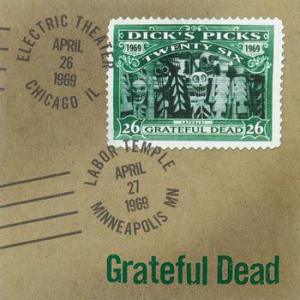 The Dusty Groove label is back, and it’s relaunching via Real Gone with three new reissues!  All three titles originated on the Blue Note label in the early part of the 1970s and should be of more than passing interest to soul/jazz fans.  The first offering is a two-for-one package with renowned pianist Gene Harris’ Gene Harris/The Three Sounds paired with Gene Harris of the Three Sounds.  The former featured arrangements and compositions by Monk Higgins, plus a cover of The Beatles’ “Eleanor Rigby,” and despite its title, did not involve members of Harris’ original Three Sounds. The title of 1972’s Gene Harris of the Three Sounds emphasized his freedom from the group, and included songs from Bill Withers, Lis Bonfa, Duke Ellington and Benny Golson.  Pat Thomas provides new liner notes.

All six titles arrive in stores on December 4 from Real Gone Music and can be ordered at the links above!