The many varied strains of soul and R&B have long found a home at Cherry Red’s Big Break Records imprint, and this week’s offerings from the label are no different, with five albums having just arrived from five very different artists on both sides of the Atlantic.

The most well-known release in this batch is The O’Jays’ 1973 opus Ship Ahoy, produced and largely written by Kenneth Gamble and Leon Huff for their Philadelphia International label.  Though it yielded the hit singles “Put Our Hands Together” and “For the Love of Money,” Ship Ahoy was, in fact, one of the most intricate collections to come from the Philly team.  BBR’s deluxe 40th anniversary reissue includes three bonus tracks (a live version of “Put Your Hands Together” plus the single edits of “For the Love of Money” and the ballad “Now That We Found Love”) and a new essay from Christian John Wikane.  Ship Ahoy follows BBR’s past reissue of 1972’s Back Stabbers.  Watch this space for a full review of Ship Ahoy very soon!

Diamond Touch is BBR’s third reissue from the TK Records catalogue of George McCrae, following his breakthrough Rock Your Baby and second, eponymous album.  1976’s Diamond Touch replaced the KC and the Sunshine Band production team of Harry Wayne Casey and Richard Finch with Gregg Diamond (Andrea True Connection’s “More, More, More”).  Diamond and McCrae set up shop in New York, away from the singer’s usual Florida home base, and the producer – whose influence even extended, obviously, to the album’s title – replaced the breezy good-time feel of KC’s productions with grandiose strings, horns and four-on-the-floor disco rhythms.  The gamble paid off when “Love in Motion” scored a No. 4 placement on the U.S. disco chart.  Yet the album didn’t fare well, and Diamond moved on to bring his touch elsewhere including to studio group Bionic Boogie.  McCrae soon returned to the tried-and-true and even reunited with Casey and Finch in 1979.  BBR revisits his bold experiment with two bonus tracks (singles of “Love in Motion” and “Givin’ Back the Feeling”) and new liner notes from J. Matthew Cobb.

After the jump: what’s just been reissued from Delegation, Donna Allen and Black Slate? 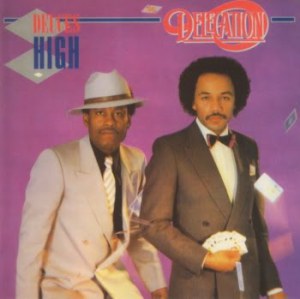 BBR returns to another artist previously represented on the label with Deuces High from British R&B group Delegation.  By the time of the album’s release in 1982, only Ricky Bailey remained from the group’s original trio line-up, and he was joined by Ray Patterson, who had replaced Roddie Harris much earlier.  Produced by Ken Gold for the Ariola label and recorded at London’s Sound Suite Studios, Deuces High embraced the ‘80s revolution, with Delegation’s signature pop-soul blend over glossy, electronic tracks.  The gambit didn’t pay off on a significant commercial level, and the album was passed up for American release, a major blow at the time.  It proved to be Delegation’s final major label album, but the group, with new recruit Kathy Bryant, did release a one-off CBS club single in 1983 with “It’s Your Turn” b/w “Can We Get It Back.”  Both sides have been appended to BBR’s reissue of Deuces High, along with three more bonus tracks.  Steven E. Flemming, Jr. offers new liner notes. 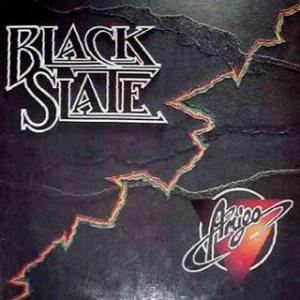 Another U.K. group, Black Slate, also gets the label’s treatment with the reissue of their 1980 album Amigo.  Black Slate was one of the earliest true reggae bands to form in the United Kingdom – the third, to be precise, according to the new liner notes by Rob Kenner.  The band (Ras Elroy Bailey on bass, Keith Drummond on vocals, Cledwyn Rogers on rhythm guitar, Anthony Brightly on keyboards and Desmond Mahoney on drums) formed in 1974 and released four albums between 1979 and 1985, of which Amigo was the second.  Bailey and Brightly hailed from London, while Mahoney, Hanson and Drummond were born in Jamaica.  Rogers called Anguilla his home.  Yet despite their disparate backgrounds, the members of Black Slate came together to create an enduring legacy of music.  Amigo, produced and arranged by the band for the Ensign Records label, included a remake of its 1976 single “Sticks Man” as well as a take on The Persuaders’ “Thin Line Between Love and Hate.”  BBR’s reissue adds the single versions of “Amigo,” the album’s No. 9 U.K. pop hit, and No. 51 follow-up “Boom Boom” as well as the 12-inch mix of “Black Slate Rock.”

Eighties dance-pop sensation Donna Allen is the recipient of BBR’s final reissue of the month.  1986’s Perfect Timing, helmed by producer Lou Pace, was the album debut of the Florida vocalist who was once a cheerleader for the Tampa Bay Buccaneers and went on to sing with the bands Hi-Octane and Trama.  (Trivia: Trama was signed to TK Records, home of George McCrae.)  Allen made quite a splash with Perfect Timing; its first single, “Serious,” had impressive chart showings (No. 5 R&B, No. 21 Pop, No. 17 Dance and No. 8 U.K.) while “Satisfied” and “Sweet Somebody” both, too, had not-inconsiderable success.  The album itself, entrenched in lightly funky R&B-pop, peaked at No. 33.  The 21 Records release set the stage for a chart career that continued through 1995 in the U.S. and 1997 abroad.  BBR has rolled out the red carpet for Perfect Timing, adding seven bonus tracks to the album’s original nine songs.  These include four twelve-inch mixes and three single versions.  Garry Moran tells Allen’s story in his new liner notes.

All of the aforementioned albums can be ordered now at the links below!