The Sound of Young America is now the sound of The Great White Way, with a new musical entering previews this week. This new compilation presents all the original versions of the songs that feature in the show!

TV Mania, Bored with Prozac and the Internet? (Tapemodern) 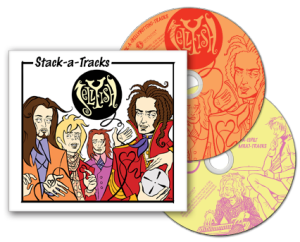 In honor of the 20th anniversary of the U.K. dance group’s first album, the first three Jamiroquai LPs have been remastered and expanded.

Five of The Raiders’ classic Columbia LPs are put on two discs for the value-savvy collector. (Amazon U.S. / Amazon U.K.)