The Big Break titles we covered yesterday include a double-disc expansion of one of Shalamar's most enduring LPs, plus Isleys, P-Funk and albums from Total Experience Records. Full coverage/pre-order links here!

Two-disc Essential sets for a bunch of artists! Unreleased tracks can be enjoyed on the Andy Williams and Nilsson sets, and the others are solid overviews.  Joe reviews 'em here!

Eagles, History of the Eagles (Jigsaw)

The new two-part documentary on the legendary rock band, coupled with an unreleased concert from 1977.

Led by David Pack, this smooth album spun off the hit "How Much I Feel"; here, it's expanded with an unreleased bonus live set. (Amazon U.S. / Amazon U.K.) 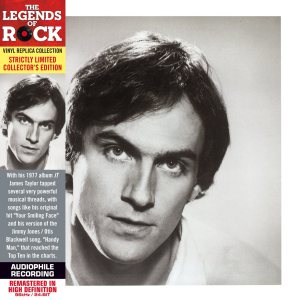 The latest in mini-LP replica remasters from Culture Factory.