BBR Unveils Trio of "Winners" From The Jazz Crusaders, Inner Life and Kleeer

Prior to reinventing themselves as The Crusaders in 1971 and emphasizing a funkier electric style, Joe Sample (piano), Wilton Felder (saxophone), Stix Hooper (drums) and Wayne Henderson (trombone) carved out a niche in the West Coast jazz scene with their blend of bop, soul and R&B. They were notable for the unusual piano/sax/drums/trombone composition of the group, and recorded a series of albums for the Pacific Jazz label beginning in 1961. By 1969, they found themselves recording on Liberty, the label that purchased Pacific in 1965. The group's first Liberty album, Give Peace a Chance, has just been reissued by BBR.

The Jazz Crusaders latched onto John Lennon's song (originally credited to Lennon and McCartney) just months after Lennon introduced it in 1969, and it became the title of their September 1970 album release. As he had in the past, bassist Charles "Buster" Williams joined the group; Williams had previously played for the likes of Lee Konitz, Nancy Wilson and Herbie Hancock. The short, eight-song LP included "Give Peace"along with one other Lennon/McCartney copyright, "Blackbird," as well as the blues standard "The Thrill is Gone" and a brace of originals from Hooper, Felder and Sample. With both of the Lennon/McCartney songs and "Thrill" on the first side of the original LP, it pointed the way towards the group's future amalgamation of pop, rock, soul and jazz; the second side concentrated on the more adventurous originals.

Give Peace a Chance turned out to be The Jazz Crusaders'only album for Liberty; they soon moved over to the Motown-distributed Chisa label and then to Motown's West Coast arm, MoWest. More successes as, simply, The Crusaders followed for Blue Thumb and MCA including 1979's smash Street Life LP. But by that point, Henderson had already quit the band. Hooper would step down in 1983, and Felder and Sample called it a day in 1991. Various reunions have occurred since, though the original four have yet to reunite fully. The original eight-track Give Peace a Chance LP, produced by Richard Bock, has been remastered by Mark Stratford and reissue producer Wayne A. Dickson. Stephen "SPAZ" Schnee has contributed new liner notes.

After the jump: the latest reissues from Kleeer and Inner Life!

Though released on the Salsoul label in 1981, the eponymous sophomore album of Inner Life wasn't related to the Philly soul-disco productions on which the label made its name. A studio project built around the powerful vocals of Jocelyn Brown, Inner Life teamed Brown with producers Patrick Adams and Greg Carmichael. The Salsoul debut followed the Prelude Records debut I'm Caught Up (In a One Night Love Affair) which dented the U.S. R&B Albums chart at No. 47 on the strength of its No. 22 R&B/No. 7 Disco title track. Despite a troublesome parting of the ways between Adams and Carmichael during its production, the second Inner Life album established a fresh, R&B/dance-oriented sound for the post-disco 1980s.

Adams and Carmichael's dramatic reinvention of Nick Ashford and Valarie Simpson's "Ain't No Mountain High Enough" - it didn't wholly emulate Marvin Gaye and Tammi Terrell's exultant original or Diana Ross'majestic ballad version - is the centerpiece of Inner Life. In its Larry Levan mix, it was certainly disco-friendly, and went to No. 20 on that chart. But it also had subtly modern production flourishes, giving the timeless song yet another lease on life. The six-track LP also made room for the sensual and smoldering opener, Brown's own "It's You," plus other up-tempo offerings like the assertive "Pay Girl," "(Knock Out) Let's Go Another Round" with its boxing imagery, and the dancefloor-aimed anthem "Live It Up." A cover of Adams and Carmichael's sexy "Make It Last Forever," originally recorded by Donna McGee, rounded out the album.

One more long-player as Inner Life followed for Salsoul, Inner Life II. It added to Brown's already mighty reputation as a vocalist. Nick Robbins has remastered Inner Life for BBR, and producer Dickson has added four bonus tracks: the previously unreleased 1981 outtake "Let's Get This Thing Together," Levan's 12-inch Garage Version of "Ain't No Mountain," the U.S. 12-inch of "(Knock Out) Let's Go Another Round" and Levan's Paradise Garage Mix of "Make It Last Forever." Rico "Superbizzee" Washington has written new liner notes drawing on an interview with Jocelyn Brown. 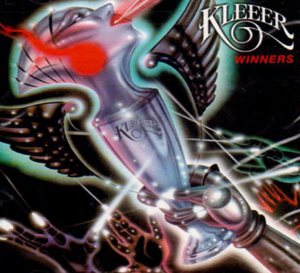 Adams and Carmichael also played a key role in the development of the band Kleeer.  Richard Lee (guitar), Norman Durham (bass), Paul Crutchfield (percussion/keyboards) and Woody Cunningham (lead vocals/drums) united in 1972 as The Choice 4 before evolving into The Jam Band, Pipeline and, under the aegis of Adams and Carmichael, The Universal Robot Band.  After flirting with R&B, funk, disco and even straight-ahead rock, the quartet settled as Kleeer and signed to Atlantic Records.  1979's  I Love to Dance, produced by engineer Dennis King, featured Luther Vandross and Jocelyn Brown on background vocals, yielded disco staples "Keeep Your Body Workin'" and "Tonight's the Night (Good Time)" and set the stage for early 1980's release of Winners, newly reissued by BBR.

The success of I Love to Dance pigeonholed the band as a disco act, but Kleeer showed their musical versatility on Winners, honed after years playing in various styles.  Like their first album, it entirely consisted of compositions written by the band members.  Funk took a front seat on the title track and the reggae-influenced "I Still Love You."  Flashes of the group's iteration as Pipeline arrived with the rocking "Roll On," while "Hunger for Your Love" allowed the group to slow down and leave the dancefloor, even briefly.  "Open Your Mind" allowed the group to be topical and socially aware while still rooted in funk.  The core group members were joined on Winners by New York session stalwarts (and solo recording artists in their own right) The Brecker Brothers, as well as by vocalist Isabelle Coles on "I Still Love You."  Two hit singles charted off Winners, with the title track going No. 24 R&B/No. 140 Pop, and "Open Your Mind" hitting No. 86 R&B.

All told, Kleeer went on to release seven albums for Atlantic through 1985's Seeekret.  In the years since, hip-hop musicians have rediscovered and sampled the band, including 2Pac, Snoop Dogg, Da Brat and Lil Jon.  BBR's reissue includes three bonus cuts: the single versions of "Winners" and "Open Your Mind," and the 12-inch disco version of "Winners."  Nick Robbins has remastered, and Matt Bauer has penned the new liner notes which feature reminiscences from Richard "Ric" Lee of Kleeer.

All three titles are available now, and can be ordered at the links below!  Coming soon: reviews of BBR's latest, including a pair of reissues from Gloria Gaynor!