Most titles this week are already out in the States, on account of Justin Timberlake's The 20/20 Experience - 2 of 2 hitting stores on Monday. So without further ado...

All of the Canadian rock gods' albums for Atlantic in one box, with 2002's Vapor Trails newly remixed (and available separately).

The Hoboken power-pop group releases a lost classic - an album recorded with Eric "E.T." Thorngren in 1986 - and frontman Richard Barone reissues his deluxe packages of 1987 solo debut Cool Blue Halo (and a 2012 2CD/1DVD concert in tribute of that album) through the recently reactivated Jem Recordings, which once distributed The Bongos' earliest works. (Coming later this week: an interview with Richard Barone on Phantom Train and more!) 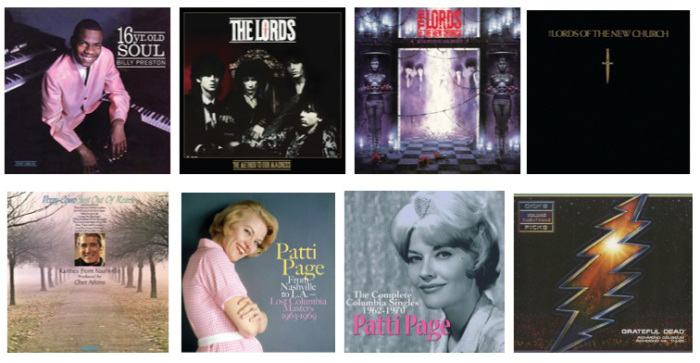 The latest Real Gone batch includes hits and rarities from Patti Page, long out-of-print albums by punk group The Lords of the New Church and more!

Edsel thanks you for being a friend by packing up, in one set, all of Andrew Gold's pop albums for Asylum and all of the bonus tracks on previous Collector's Choice reissues. (Amazon U.S. / Amazon U.K.)

Speaking of Edsel sets collecting an artist's discography, "Forget Me Nots" hitmaker Patrice Rushen has two sets out featuring all of her albums for Elektra plus rare 12" remixes.