We missed this one last week - and didn't want you to miss it, too!  The previously unreleased debut album from California psychedelic country-rockers Beachwood Sparks arrives on CD with bonus material, all circa the late 1990s.  For fans of The Flying Burrito Brothers, Buffalo Springfield, The Byrds, and the West Coast pop-rock sound. 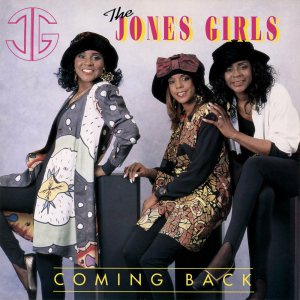 The Jones Girls, best-known for a string of LPs for Philadelphia International, "came back" with this 1992 album for ARP Records.  Expansion bolsters this rare slice of soulful R&B with six bonus tracks.

Legacy reissues the very last concert ever given by Roy Orbison, from December 3, 1988, in a special package with a bonus DVD containing The Last Interview (taped with Roy directly after the performance) and selected performances from 1981 and 1986.  The Big O was gone two days later, but his music lives on.

Poco, From the Inside (Iconoclassic) (Amazon U.S. / Amazon U.K.)

In case you missed it last week (after all, we almost did!), Iconoclassic's expanded reissue of Poco's 1971 album features new remastering by Vic Anesini, an essay by John Einarson, and two previously unreleased bonus tracks: the unreleased studio versions of "C'mon" and "A Man Like Me" produced by Richie Polodor.