In A Russian State of Mind: Billy Joel's "A Matter of Trust: The Bridge To Russia" Gets Deluxe Treatment 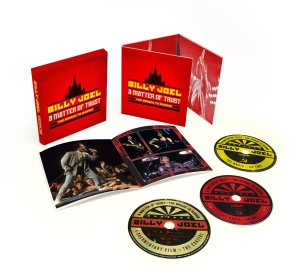 Billy Joel, A Matter of Trust: The Bridge to Russia - Deluxe Edition (Columbia/Legacy, 2014)