Deep Purple Revisit "Made in Japan" in a Big Way

Deep Purple's monstrous power as a live act was solidified more than four decades ago with the release of their first live album, Made in Japan. This May, a tidal wave of Made in Japan reissues are surging your way, from remasters to expansions to box sets on CD, vinyl and Blu-Ray. (Whew!)

In 1972, Deep Purple were flying higher than ever. The quintet - at the time, singer Ian Gillan, guitarist Ritchie Blackmore, bassist Roger Glover, keyboardist Jon Lord and drummer Ian Paice - had just released their sixth album in five years (and third with the Mk II lineup), Machine Head. It was their first chart-topper in their native England, and also went Top 10 in the States. By this time, the band had quite a sterling reputation as a live act, but were reluctant to attempt a live album for fear they could not produce the exact kind of polished set they could in studio.

Ultimately, upon discovering a burgeoning bootleg market around their tours, they relented, recording three consecutive nights in Osaka and Tokyo, Japan (where the band were particularly adored). Focusing solely on putting on a great show and less on how the final product would sound (to this day, members of the band have reportedly never heard the album), Deep Purple's gamble paid off handsomely. A single backed with both studio and live versions of the instant classic (and arguable progenitor of heavy metal) "Smoke on the Water" was a U.S. Top 5 hit. The album went Top 10 in America and Top 20 in England, eventually earning a platinum certification by the Recording Industry Association of America for over a million units shipped.

Given the hallowed status of the album, there have been several reissues of the Japan shows. A 1993 box set collected much of the three sets, and further parts were included on an expanded reissue of the album proper in 1998. But what have Universal U.K. got planned for this (almost) 40th anniversary celebration? Read on after the jump.

Okay. Take a deep breath, because there's a lot of Made in Japan formats coming your way.

Make sense? Don't feel bad if it doesn't. You'll have plenty of time to right that wrong before these sets are released on May 19. In the meantime, track lists and Amazon U.K. links are very live and very much below! 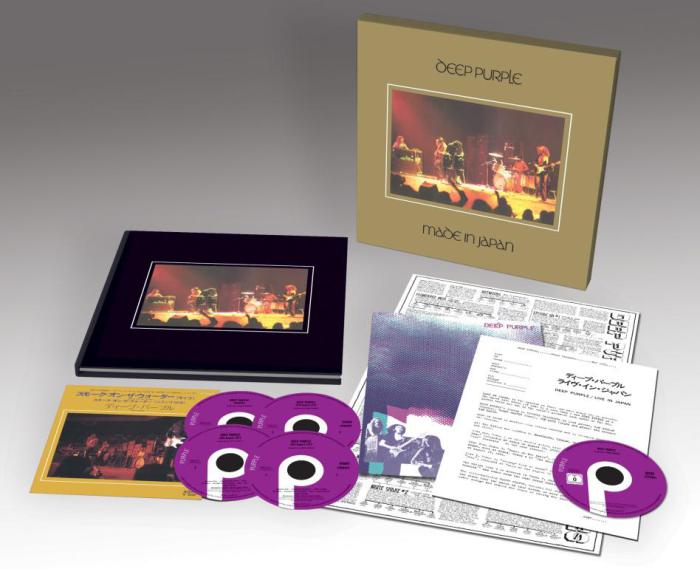 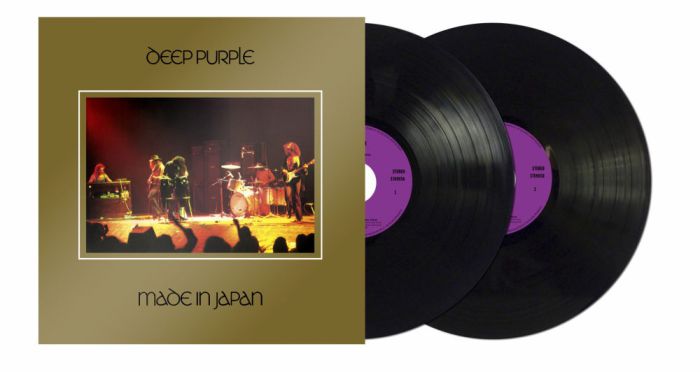 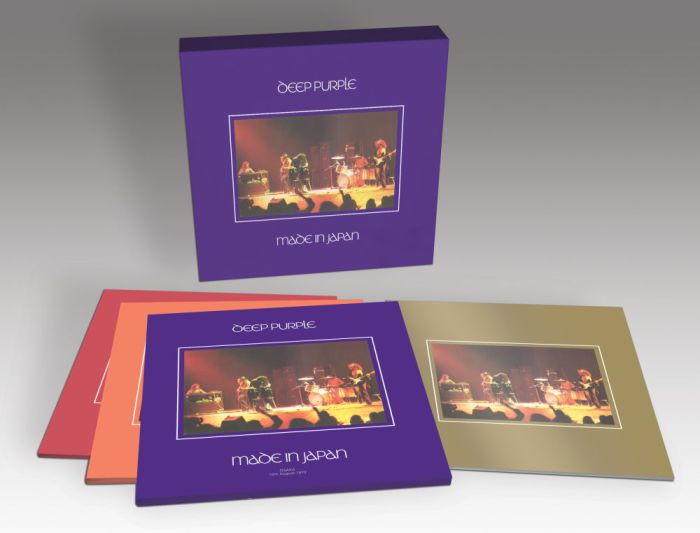 Features contents of 1CD remaster and Disc 1 of Deluxe Edition