Henry Mancini's "Once is Not Enough," Sol Kaplan's "Spy Who Came in from the Cold" Premiere on CD from Intrada 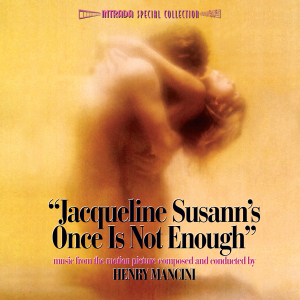 Thanks to the Intrada label, it was a swinging March for film soundtrack fans.  Intrada has just recently released the world premiere of one of Henry Mancini’s finest scores together with a deluxe expanded edition of a spy classic from composer Sol Kaplan.  Mancini penned the score to the 1975 film adaptation of Once is Not Enough, the deliciously trashy 1973 novel by Jacqueline Susann of Valley of the Dolls fame.  Though it’s positively bursting with melodies both bright and haunting from the maestro, the rich score to Once is Not Enough never received a soundtrack album.  Intrada has rectified this with a deluxe edition containing all of the music used in the film as well as alternates and bonuses direct from the Paramount vaults in an all-new stereo mix.  Of particular interest might be three different lyrics to Mancini's theme tune.  The first was provided by Oscar-winning legend Sammy Cahn ("All the Way," "Three Coins in the Fountain").  It was then replaced by a lyric from Tony Asher of Pet Sounds renown.  Asher's lyric, too, was rejected, and ultimately the assignment went to Larry Kusik ("Speak Softly Love," "The Bell That Couldn't Jingle").  All three lyrics premiere here on CD.  Mancini's score is typically eclectic and typically accomplished, with lush orchestral passages accompanied by electronic, rock and lounge-flavored cues.

The second release from Intrada also has a literary source –John le Carré’s famous 1963 novel The Spy Who Came in from the Cold.  Martin Ritt (The Front, The Great White Hope) directed the 1965 Hollywood adaptation starring Richard Burton, and Sol Kaplan (Star Trek, the 1953 Titanic) provided the brassy, bold period score.  Intrada’s CD release includes both the original RCA Victor soundtrack album and the actual music as presented in the motion picture. After the jump, we have the full text of Intrada’s releases on both titles plus order links and complete track listings!

What might be Henry Mancini's finest score for the seventies finally makes its long overdue premiere on CD! Jacqueline Susann's Once Is Not Enough is [a] large-scale story of fame and failure, success and sex. Guy Green directs [a] large cast with Kirk Douglas in lead as aging film producer, Deborah Raffin as his daughter, David Janssen as troubled author, Alexis Smith as wealthy wife of Douglas, George Hamilton as Raffin's suitor, Melina Mercouri as aged recluse, [and] Brenda Vaccaro as zesty magazine editor. Henry Mancini writes [an] incredibly melodic score in his finest classic sixties style. Melodies [are] both warmly sumptuous, tenderly sad play key roles. [The] haunting theme for January [is] a standout, with tragic minor key overtones playing in contrast to sunnier key of main theme. Both melodies play amongst [the] composer's all-time finest. But there is so much more.

[The] score is overflowing with material: trademark Mancini source pieces in variety of styles, rich background score sequences based on main themes, [and] more. Mancini often made musical gesture[s] towards someone featured in the cast: Arabesque (“Something For Sophia”), The Pink Panther (“Something For Sellers”), Breakfast At Tiffany's (“Something For Cat”). Here he provides "Something For Alexis". Also in signature Mancini style are numerous instrumental solos throughout, with contributions from piano, electric piano, guitar (both electric, acoustic), flute, harp, horn, vibes, metal xylophone... literally a treasure trove of featured ideas! [The] somewhat troubled film production resulted in multiple approaches to several musical sequences including both instrumental, wordless choral versions of main theme, alternates of end credit music, unused vocal version of theme sung by Jerry Wright, [and] other changes. Intrada CD presents them all. While the Paramount film was only presented in mono, the score happily was recorded in 2" 16-track formats, allowing new digital stereo mix of everything. Henry Mancini conducts. Intrada Special Collection Release available while quantities and interest remain! 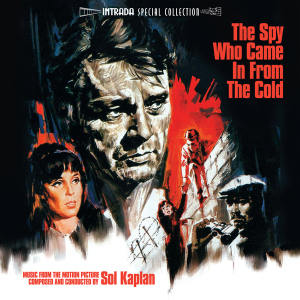 You can order both titles directly from Intrada at the links below!

All tracks previously unreleased.
(*) denotes track not used in film